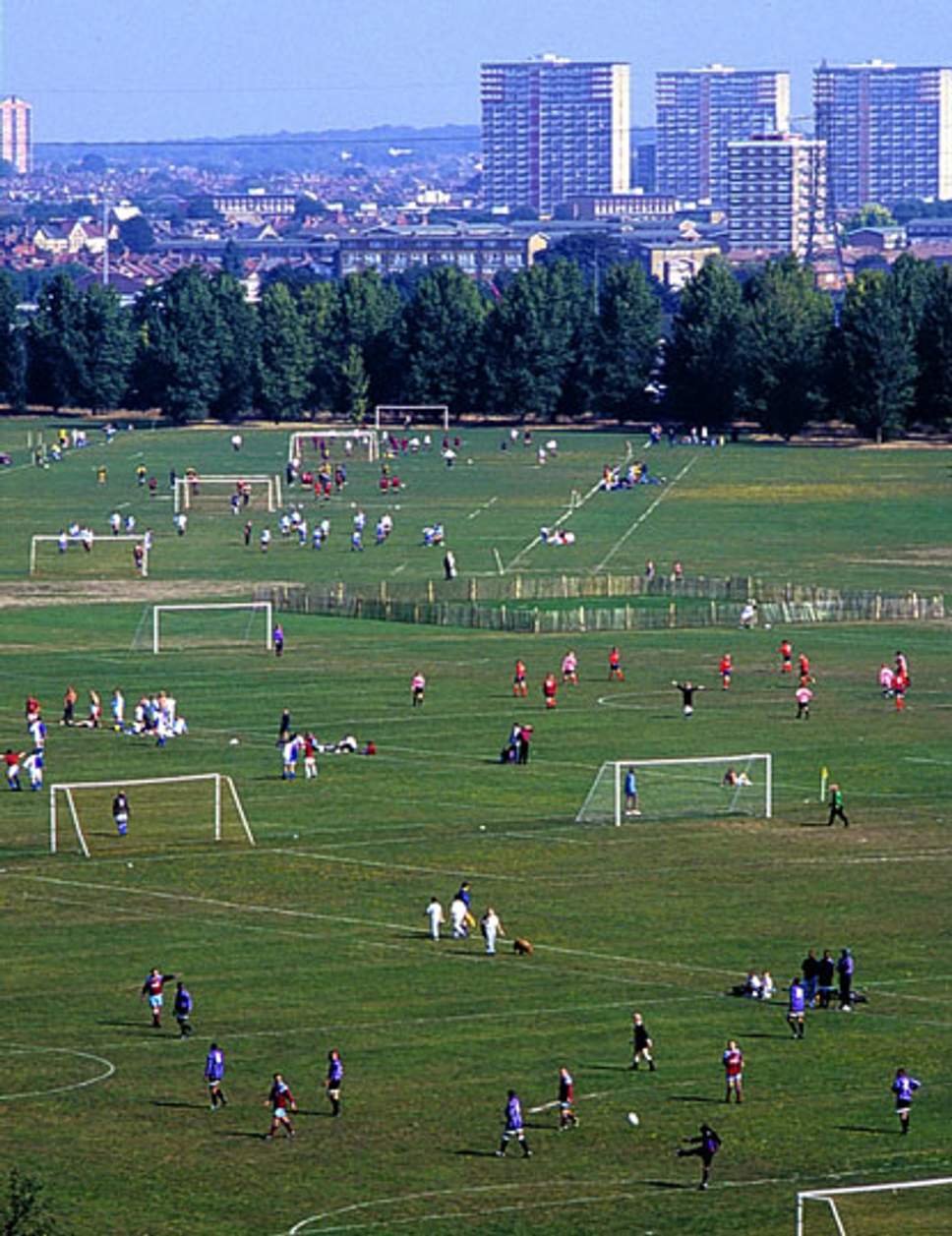 Now and again, during our time living in Ilford, Maureen and I would travel over to Clapton, in East London, to visit Violet, my grandmother on dad’s side. First of all in the car, before it was sold, and then via a bus to Bow, and then a second bus that stopped right outside Norbury Court, the name of the tower block where she lived. Up at number 13C.

It was a rough area, to which Vi had been rehoused along with many other residents from her old road in nearby Homerton. Her sisters Flo and Lil lived together on the same floor. Often we would look down from Vi’s balcony to check that the Vauxhall Viva wasn’t being dismantled in the car park thirteen floors down. To get that high, you had to ride up in a lift stinking of piss, facing a gauntlet of vulnerability to some of the young local lads. Muggings in the lifts were not unknown. Unemployment in the area was rife in the early 1980s, and there was a menacing feeling that lingered around the foot of the building, where the wind whistled through the open entrances.

Inside there was a different kind of endurance test. Nanny would feed us with monster-sized dinners. I can still remember the taste of her roast potatoes and gravy, and the difficulties in clearing the plate. We were allowed half an hour’s respite before she wheeled out pudding, bless her. If memory serves, there was also a cake offering later in the proceedings.

I struggle to remember what we talked about, except for one occasion when she mentioned that she had seen multiple unidentified flying objects (UFOs) from her balcony. She had a great view across the river Lea onto Hackney Marshes, where there were reportedly 120 adjoining football pitches at one stage in the 1950s and 60s. The lack of light over the area at night made the sky clearer here than the surrounding areas.

I’m pretty sure my reply would have been dismissive, that she was imagining this. I do think that she had probably read reports in the local papers that she took. Hackney Marshes was the home for regular paranormal sightings and many ‘crop circles’, which would have made their way into East London media. Did she sit and look out for anything that might vaguely resemble a UFO?

Looking back, I would love to have pumped her for all the information she had. There have been tens of thousands (maybe hundreds of thousands) of UFO sightings around the world, to the extent that the good old ‘no smoke without fire’ axiom has to come into play. Is every single one of those untold YouTube videos a fake, or misconstrued?

My cousin’s son swears on his life that he saw and followed a UFO for miles in his car one evening, guided by the triangle of lights that is so common among reports. Back in Blog 22, I describe a camping holiday in North Norfolk in August 2013, when sleeping outside under the stars to view the Perseid meteor showers. I still do not know what happened, for sure.

The ‘aliens’ theory is not the sole explanation. It is a matter of public record that hundreds of German scientists and engineers were brought to America after WW2, some of these high-ranking Nazis, as the US pushed to maintain military advantage over the Soviet Union. The defectors included Wernher von Braun and his team that had invented the V2 rocket. With a little persistent digging, it becomes apparent that the Germans were working during the war on several new forms of aerospace propulsion, which had no need for conventional fuel.

If that particular research paid off, then you have a far more reasoned explanation for some of the ‘UFO’ sightings across the world. As the US’ chief military ally, the UK would have been party to the technology. But then again, you might argue that the technology would now be old hat, relatively, and would surely have been brought into the public gaze by Washington and its NATO allies?

It would be difficult to have a strong idea about any of this. But it made me smile to think of Violet looking out across the soccer pitches at night. She is long gone, as is Norbury Court. How I would love to have quietly joined her, for a ringside seat. Probably chomping on a big slice of Battenberg cake. 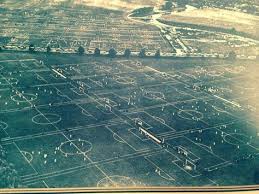