On 22 December 1984, we held a belated flat-warming party in Chelmsford. It was three months after moving in, so we doubled it up as a Christmas party. As we were discussing who to invite, Maureen said: “If we got married, it could also be an engagement party.”

She didn’t even go down on one knee. “Fair enough”, I said. Sorted. I loved being with her. If she wanted the ring, so be it.

Our treble celebration was fun. Maureen remembers a lime green table cloth in the dining room on which the nibbles were placed. I mainly recall the attendees.

Former Rose Valley house-mates Paul, Katie and Pete May turned up. Pete later became an author and the Guardian’s go-to man for West Ham comments. We had a curry in London a few years back. Paul commandeered the stereo, and treated us all to his favourite tunes. He played ABC’s ‘The Lexicon of Love’ repeatedly, to which I still remember dancing. Paul was found dead in the bath several years ago, after years of struggling with alcoholism, and splitting with Katie. We always remember his love of ABC, especially ‘The Look of Love’. Another favourite that evening, generating singalong, was ‘Come On Eileen’, by Dexys Midnight Runners.

John and Tim Devane joined in the dancing. The twin brothers could swing their hips in relative sync, often to 1950s rock and roll. Both are still around, John happily retired but Tim afflicted with Parkinson’s Disease. John’s wife-to-be Carol also attended. John has provided Carol with the stability and kindness that her previous husband could not.

Also in attendance were Maureen’s work mates from the day nursery at University College of London (UCL), Sharon and Denise. Lovely people. I saw them both just one more time, when I went to UCL to hand in Maureen’s notice.

Another of her friends, Julie Hadert, came along. Always an enigma to me. The last time we saw Julie was about 8 years ago, when she was extremely concerned that her grand-daughter would unjustly be taken into care. No idea where she is now, but our feeling was that things would work out for her.

Guests also included my old Birmingham chum Steve Lowndes and his partner Sarah. Steve honked up in the bathroom, and took a fancy to Mandy, my former Ladbrokes cashier in Barking, who brought her boyfriend Ian over from Romford. Steve and Sarah divorced a couple of decades later. We never saw Mandy or Ian again. I fell out with Steve in 2006, after he was rude to my family one drunken Christmas. Johnny Price tells me he has found happiness with his old girlfriend Wendy, who left her husband and kids to be with him. I hope he has. Sarah drifted away.

Maureen’s best friend Sue and her husband Martin came along. They became harder work over the subsequent years, as Maureen and I never quite satisfied their PC and intellectual standards. Nor did we want to. Inevitably perhaps, I fell out with Sue in 2004, over a trivial issue that masked bigger differences. They live up in Sheringham now, on the Norfolk coast. Again, I wish them well. Happily, I didn’t fall out with anybody else at our party.

Margaret and Roger Patterson were there. Big Labour Party supporters. Roger has a unique wit and sense of self. They live in Woodbridge, Suffolk these days, near the grandkids. From Southend, John and Jane Attwell rocked up.  John was the camera operator for Thomas the Tank Engine and, among many other things, for a brilliant BBC drama set in Israel, entitled ‘An Honourable Woman’. 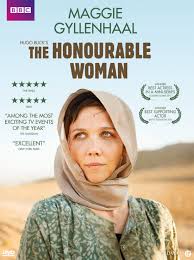 Still happily married, they live in Leigh-on-Sea, right next door to their grandkids. How cool is that? John is a nice bloke. A real gentleman.

Maureen’s sister Margaret and her husband Ronnie rolled up very late. Ronnie turned out to be a complete and utter prick. He later found another woman for his fourth wife, but his legacy has been poisonous. Margaret lives alone in Great Baddow, Chelmsford, near John Devane. Her cat Leo was put down last week, which hit her hard.

Tony Palmer, one of the MGFs mentioned in Blog 165, also got his neck along to our bash. He brought some beer from Zimbabwe that wasn’t to everybody’s taste. Tony once cut the end from a condom that he lent to a friend. The rascal lives in Chesham now with his missus Eileen. Fred Conroy and Si Gaze were also there, another two Southend mates. Fred came out of the closet a few years later, and has lived happily with his partner Mikey ever since.

Si still works for a bank, living in Chalkwell, Southend. I haven’t seen him for three decades, but it will happen. He is the guy from Blog 3 who proclaimed at a disco that “I could go right through that”, while looking osmotically at a young lady. I’m pretty sure brothers Nic and Mike Beaver were there, maybe with their partners, now wives, Lorraine and Tina. I last saw Nic and Mike in 2015. Very stable and reliable lads. Nic (he won’t mind me saying) was the individual who shat onto a swan in Blog 60. Tina runs a publicity company – and I have promised her the film rights if my book ‘Out of Essex’ ever makes the big screen.

Nice memories. The groom-to-be and his wife-to-be spent much of the next day happily chatting about the party, as you do at that age, and without terrible hangovers. Really glad that a lot of the guests are still around, and within our friendship circle.