Fred’s attempts at paedophilia would be swiftly and deservedly brought to light now, but the subject wasn’t out in the open 50 years ago. One decade later, the sexual climate was still predicated around winks and nudges, and a moral compass flickering towards the spoils of the hunt.

It is jumping ahead again, but I am occasionally haunted by one particular tale of a young woman who, in my days at Birmingham University, would tend to drink herself senseless and end up in various male beds. It may be just a tall tale, amplified and tweaked beyond any truth in the re-tellings ‘for the boys’. These things could be like Chinese whispers. There was never any way to check this one out. By the time I heard the story both key protagonists had left, after their finals.

Joy, for that was her name, got slaughtered at some end-of-year event, and reputedly passed out asleep in the bed of one lad who was away for the weekend. The story goes that his flatmate John saw this, climbed in and shagged her. Without Joy having a clue, and obviously not being able to consent.

There was no outrage as the story was handed down. Not sure that anyone applauded, but nobody was up in arms about what was clearly sexual assault, if true. ‘Opportunist behaviour’ might have been how some saw what was rape. Joy the receptacle first, Joy the human being second. 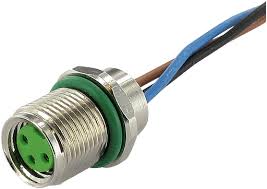 One of my former friends from this era used to hypothesise that if he were to find a naked girl unconscious or newly-dead, in a remote place, he would fuck her. Another former friend from that time, who was engaged, bedded five women on holiday, defending his activity on the logic that this was no more than “vaginal masturbation”. That was at least consensual, if we exclude the fiancée. One night, where a group of us were walking home from a bar, the same guy crossed the road to scare a woman walking alone by exaggeratedly creeping up behind her, like a cartoon stalker. She increased her pace and he increased his, gaining the odd laugh but much more disdain from our side of the road, until he realised how pathetic his behaviour was.

That’s how things were at the time. Predatory behaviour at the top – from the likes of Jimmy Saville and Edward Heath – percolating downwards. It infused the humour, warped the culture and degraded the thinking.

Less than a decade ago, Lauren was in a club in Chelmsford one night when becoming aware that her drink had a strange new flavour. She had the presence of mind to leave immediately and walk home as fast as she could, before the rohypnol (or whatever date rape drug it was) took effect.

I’m so glad that the culture is finally changing, with the advent of the MeToo movement and the outing of Harvey Weinstein. My gut says that some major skeletons are still lurking in political closets.