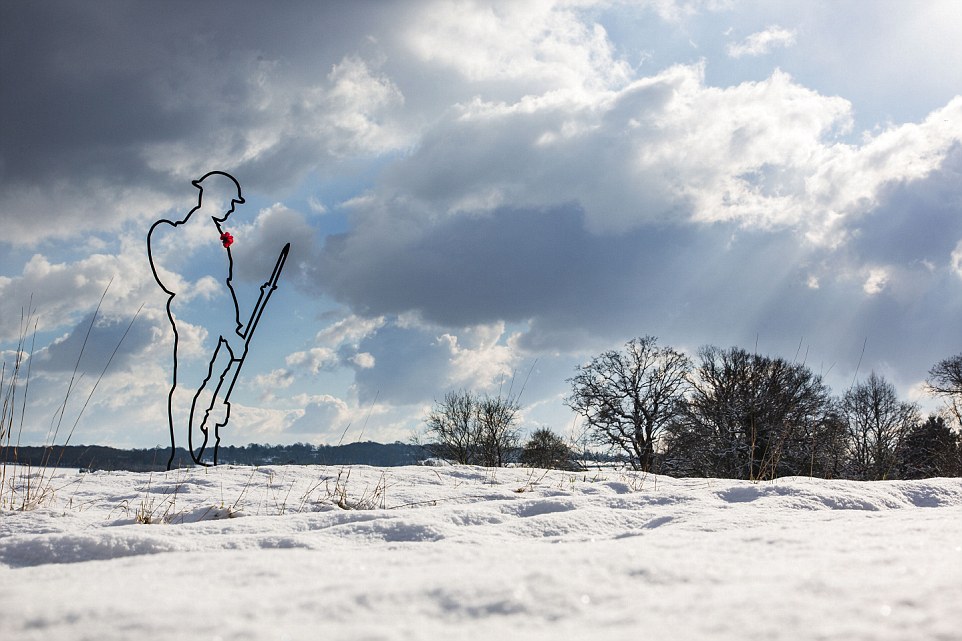 My good friend and old university mucker Shaun Wilson once told me about a holiday when his wife Fran was so engrossed in the Sebastian Faulks novel ‘Birdsong’ that he took the kids off for the day. And that Fran wept while she read it.

The front line slaughter traumas experienced by British soldier Stephen Wraysford in WW1 stay with the reader long after the book is finished. Faulks revisits the theme in ‘Where my Heart Used to Beat’. A soldier who cannot take any more after four years in the trenches shoots himself but is kept alive so that he can be executed as a traitor by military police.

My respect for the soldiers who endured both World Wars is unlimited. That the overwhelming cost they paid for the horrors of war should be remembered, forever, through poppies and wreaths and ceremonies, is necessary and just. Through a wider lens, the two wars may have accounted for over 100 million civilian and military casualties. They clearly showcased the very deliberately planned genocides of the Holocaust experiment and the US atomic bombing of Hiroshima and Nagasaki. Perhaps the British fire-bombing of Dresden belongs in that list.

How do you even begin to gauge the pain and suffering and fallout down the years? All one can say – as was said after both wars – is ‘never again’.

And yet ……..we go to work and watch TV as the business of war carries on globally……… Politicians who wear poppies sanction the sale of arms which are killing, maiming and injuring ordinary people in Yemen, where at least 10,000 people have died in a civil war, and millions more are now on the brink of starvation. Houthi rebels remain blockaded in the port of Hodeidah by a Saudi-led coalition armed with British- and US-made weapons.

Have I missed something? Is there a hidden or unspoken chunk of wisdom that justifies the post-WW2 carnage in Vietnam, Afghanistan, Iraq, Syria, Libya and Yemen?

If a terrorist in a car mows down 5 people in London, we remember the victims, and listen to the outpouring of emotion. When Western drone strikes accidentally wipe out innocent brown-skinned families, and Yemenis cannot feed their children, our attention span is short. Kettle on. Then it springs back to attention on Remembrance Sunday. Heads bowed. ‘Never again’.

In late 2015, Hilary Benn made what media widely termed as one of the great orations in Parliament, encouraging a bombing campaign on ISIS in Syria. The Daily Telegraph described it as “delivered from the heart”, and “an inspiring example of a leader stepping forward in the face of adversity”. Other papers made similar noises.

Personally, I saw a complete fucking idiot who blithely ignored the spreading conflagration and loss of innocent life that Western bombs always bring. Not to mention the refugees and attendant Muslim desire for revenge. Hilary possesses a functioning brain and a pair of eyes that enables him to read history books, and was brought up by a dad who so correctly saw violence as the very last resort of a civilised society. The very last resort.

In fact, if Hilary had done even a small amount of homework, or just talked to M16, he could have figured out that our Qatari and Saudi ‘allies’ were funding ISIS. The indications also pointed to ‘technical support’ from the US and Israel, in the drive to further destabilise Syria. There’s your answer and the point of focus. If I can find that out, then so can he. But no, Hilary drummed up the past threats of Mussolini and Hitler. We were faced by ‘fascists’. What an unbelievably stupid cunt, to make that comparison and cheer-lead unnecessary death from his safe, privileged position. Lobotomised commentators hailed him as the new red leader, while the Telegraph published this piece of risible shite:

“Jeremy Corbyn, by contrast, looked desperate, shifting uncomfortably as he searched the rafters or shot glances of despair around an enthralled chamber. His exhortation for flight had been underwhelming and now – bullied into allowing a free vote – he saw his lukewarm appeal to cower before Islamic State (Isil) dismissed by rigour and phlegm. He looked crushed.”

Written by Colonel Tim Collins. Can only hope that Tim got over his sadness that we haven’t yet gone to full-blown war in Syria. You do feel for him. No doubt he’ll proudly sport a poppy tomorrow. Then maybe release his bile and phlegm playing ‘Call of Duty’?

Corbyn fascinates me. The Greens receive my vote now, but in all matters of war, JC is a moral giant. I love that he never wavers in his votes against bombing brown people. What a star. Whereas many of his peers circle around and around in a preposterous pantomime where their poppies starkly contradict their notions that it might be time for a new war, because there is a new official Bad Guy at large.

Take your pick: Saddaam, Gaddafi, ISIS, Assad. Putin? Iran? We may sell them some deadly weapons first, but rest assured – once the money is in we’ll bomb the place to fuck if ever they use them. Probably give our contractors the rebuild work and privatise state assets to pay for that.

John Madden made a memorable observation to John Devane and I, while we had a bite to eat in May at the Thurrock Thameside Nature Park cafe. I’m briefly paraphrasing his words, which were something like this: “Jesus said thou shalt not kill. Not you can kill in self-defence, or go to war to uphold democracy. Just thou shalt not kill. Plain and simple.” This wasn’t a Christian gathering, but it resonated deeply with me.

My sense is that millions of people – maybe tens of millions – are going through a dark night of the soul. I do wonder if there is a global political movement in gestation. A collective action bubbling under that will target all forms of violence and war, and show that humans can band in ways that release a profound and miraculous power.

Change has to start somewhere. The red/blue choice solves nothing anymore. Two heads, same aggressive, debt-funded beast. Starve it, if you value your poppy.

And I wonder if Tony Benn has had a quiet word with St Peter about his boy?