I had an idea this morning. Maureen liked it.

It’s ambitious. But I reckon that only a shift commensurate with the scale of our very real predicament could pull us a long way out of this shite.

Tinkering at the edges of the problem just perpetuates the inertia. Of course the easiest path, the track of least resistance in our near-perpetual liquidity crisis would be to take the extra commissions. Those that are held out by Jon Marks and others.

If the extra job is as simple as rewriting existing text, or stitching together disparate material, then yes, I will put some music on and do it semi-automatically. Take the short-term breathing space which the money provides and then deal further down the line with the ramifications of not having put it all aside for tax and debt repayment.

To get through my standard workaday tasks, I maintain balance and sanity by looking out of the study window, going for walks/bike rides, listening to music/podcasts/radio and gleefully scratching my arse.

But the minute that dealings with the corporate world cut in, my soul wrestles hard with me. Literally all of the process sickens me. Going through a press liaison point, pretending to be interested in the subject matter, maybe having to talk a little about what I’m hearing ‘in the market’, and then asking somebody senior the mind-numbing types of questions I have been firing for 25 years. Drowning gradually under the slowly dripping tap of boredom. After the piece is written, having to submit it for quote checks that will often redact interest and meaning. Even if the process can be done by e-mail, I still groan at the artifice.

One thing that I cut out a few years ago was attending conferences. The pretence of dressing smartly and being captivated by the trade and project finance and insurance worlds became too much to endure. It ate my spirit alive, especially after the financial sector bailouts a decade ago. We had to sell the house when I fucked up. Not once did any banker I met post-2008 acknowledge the undeserving, parasitical resort to taxpayers’ money when things went tits-up. 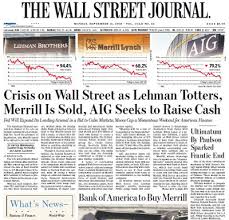 We have lived reasonably well from the crumbs off that table – but I have no illusions about the worlds that I cover. This is a financial culture that sucks Satan’s cock every day, to quote Bill Hicks. Yes, I know some decent and likeable people, but they still gulp down those dark, heavy spurts. Usually unknowingly, often in total ignorance that they serve a system that inexorably squeezes wealth upwards. “It’s a good job, pays well,” they say. “Good holidays and pensions.”

Open wider, he wants his whole scrotum inside. Drink it down, drink more.

Now gag as the next financial collapse rolls in.

Like the blue/red political thing, it’s very important for me to move on, and away. To do that well you need to tune into your own best signal, reconnecting into whatever it is that nurtures, fascinates and feeds your essence the most. Easy to bash out those words but still…..there will be a place for my gifts, and an accompanying adventure.

Certain questions can provide clues. When were you the most you that you could possibly be? What do you want to invent and what should you invent, to bring meaning and purpose. Where is the place where the “should” and the “want to” meet up, and feed each other?

It always comes back, for me, to writing on my own terms. Out of Essex gave me such pleasure. The blog has vaulted me over the usual SAD.

This morning’s idea is to write a film script based around Eric’s scrap metal days. The Irish-Birmingham mafia threats, and Ron Wylie’s gun as the fulcrum. Pitsea dump. The East End. The gangs. And so on. Not a biography but an imaginative story. Maybe seen through a boy’s eyes. Quite an ask for a novice, but why not? I have two film industry contacts that might help…..and a lad who is taking a Film Studies degree,

When the blog finishes, next September, I would like to have a blueprint in place.