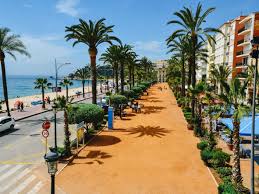 There was a choice for the 1977 summer holiday. Majorca – with the Southend boys, again – or Lloret de Mar with Keith and his two of his Scouse mates. I didn’t hesitate to choose the Spanish town where I was conceived, even though that piece of information had yet to be revealed.

More pertinently, my friends at Birmingham, and Keith in particular, were always more open to transgressive behaviour than their Essex equivalents.

To get some dosh together, I put in a few weeks of very tough and exceptionally well paid work at Fords car plant in Dagenham, stripping out and replacing swathes of fibreglass lagging that insulated several huge machines in the building. 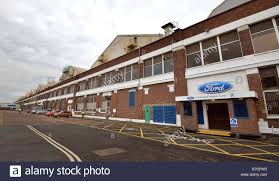 The pay was a hefty £50 a day for the entirety of the three week maintenance period. Enough to pay for Spain and buy myself a long leather coat when home again.

So I packed a suitcase and hitch-hiked from Romford up to Manchester. Never any doubts that I would get a lift. Big Dad met me, and took me to meet his mum and dad in Droylsden. We toured a few pubs, driving slowly across to the airport. Ray Howarth and his mates were in the bar with Keith, and my new mates John and Mike. Lovely blokes. Much wine and beer on the plane, and then an early morning coach to our destination for a fortnight of wassailing.

An open sewer ran through the town, which was still being built, skeletal high rise blocks dotted around the outskirts. I remember how awful the hotel meals were. A congealed egg concoction sticks in mind. Keith and I shared a room, from which there was little rising for breakfasts.

For the first time, I witnessed the efficiency of the Germans in all aspects of poolside strategy. Krauts were all over the place, with towels and cameras. John was a great swimmer and diver, who could hold his breath for abnormally long periods. He delighted us several days running by placing a chair at the bottom of the pool, donning his shades, and reading a magazine. The Brits appreciated this genius far more than their European counterparts. 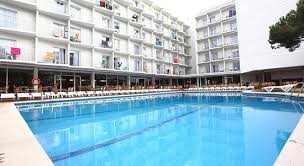 For most of the fortnight I felt ill, with a low level bug. Almost certainly picked up from the Mediterranean, and more specifically from the sewage outlet pipe that ran into the sea a few hundred yards from shore. The remedy was masses of cheap alcohol each evening. Lager generally, as we rummaged around the many bars, clubs and discos. After a week, I was ready to go home, bored and slightly lonely. 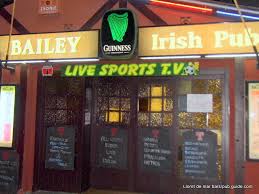 Lots more frustration with women. A girl from Cumberland chatted me up at a disco, danced teasingly with me and then disappeared. Then a female from Skegness puzzled the daylights out of me. She was all over me at a barbecue. Then, as she became increasingly drunk, started to rail at me angrily for being male, and having only one thing in mind. I was baffled, and again by a dark little Liverpudlian girl who took me down to the beach, asked me to bite her neck all over, and then pushed me away. Had I volunteered to take part in a mad nightmare?

Events culminated on the final night, when two of us ended up in a bodega with two Surrey girls. One was quite a looker. The other was desperately unattractive and two or three times the size of her friend. Political correctness cannot override those very real details, or her lack of any charm. 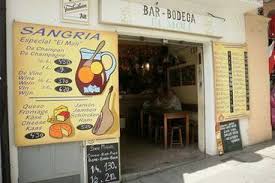 As the evening proceeded, it transpired that their idea of the perfect nightcap was a swinging time back in the hotel. Even now, it remains a no-brainer. I have never been able to muster any sexual enthusiasm for girls that I didn’t fancy. It’s just me, for better or worse. I knew that my predatory companion would muscle in with the fairer of the two when events hotted up, which would leave me in pole position (or lack of?) with her mate. Yuk! 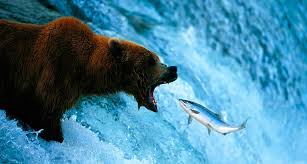 The next afternoon I was back in Manchester, knocking on Ray’s door in Wythenshawe, feeling flu-ridden. A few beers and a magnificent kip in his spare bedroom sorted that out. Back out in the morning to a main road heading south, where a lorry driver was going all the way to London. A new term was looming in Birmingham, which was such a cheering prospect that I decided to return early.