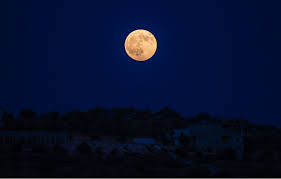 The idea that the moon holds some sway over human behaviour appears to have been widely accepted before science began to have its say. Try Googling the subject. It seems to be dismissed now as an unproven notion, lacking the multiple empirical studies required for verification.

My experience, on countless occasions, has been to endure days of gloom, misery and unhinging internal volatility, before I take a look up at the bright evening sky and see the orb shining in its fullness. “Aha”, I utter, with a glimmer of relief that the pattern is at least a familiar one. In Blog 40, there was a minor flavour of this. It’s all about the waxing.

The start of the last week was a major struggle. Driving back from my dad’s house in Brentwood on Monday I was drowning in feelings of negativity. If somebody had offered me a week’s sleep I’d have bitten their hand off. So many worries, about Eric’s ability to cope alone, about our finances, especially an unpaid tax backlog. The situation where our daughters’ partners (once best mates) have fallen out, our inability to provide Rory with more money for his university course in Cheltenham. Maureen’s plantar fasciitis condition, which limits her ability to walk far or stay on her feet for extended periods. My work, which I have near-total disdain for, but which keeps us afloat. And more.

The cumulative effect was unbalancing. Frighteningly so. One of my strengths, an ability to concentrate, and to stay in my own inner worlds for long periods, was being breached, flooded and overwhelmed by the inflow. All of these issues are constant, 365 days a year, but I have a general ability to hold them at bay.

And then John Madden sent me a message. “Has your moonitis started yet?” What a good friend. “You prescient bastard” was my reply.

The week got gradually easier, as the waxing unravelled. A big positive came when my offer to repay HMRC a fixed sum for the next year was accepted. My last few work jobs were finished off. Had a nice drink with my brother Wednesday afternoon. Maureen finished the Christmas shopping. Thursday evening was very enjoyable. We watched an old edition of Silent Witness, with Amanda Burton, an excellent half hour of Eastenders and then Mark Wahlberg in Shooter. You could pick tens of holes in the plot but its depiction of rogue elements within a government was easily believable. Good touch where the former Marine sniper has turned his back on society. When the knock on his door comes, he is reading the 9-11 Commission Report.

The blogs always help when gloom prevails. Write it out, open it up to view, and a kind of magic occurs. Whatever the subject, a lifting of the spirits.

And now the huge bonus of the winter solstice. Every day bringing more sunlight for the next six months.

Was Thursday night’s dream linked in? Our three black cats had to be loaded into a storage chest, within wicker baskets, and placed onto a paternoster lift. As the lift reached the top of its cycle, the baskets flipped over, and then fell a long way, through space where the platforms were somehow missing. At some stage, we found three lifeless black feline bodies.

Optimistic view says my mind is processing the turn of the year, and the retreat of the darkness. Hope it’s nothing more than that. I love those pussies. 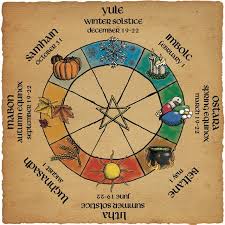