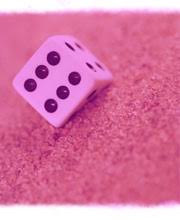 One of the odd pleasures of blogging is that now and again complete strangers subscribe. The biggest source has been the baking fraternity, presumably lured in by the Biscuit Factory title. I’m assuming that the more faint-hearted utilisers of flour have drifted away, confronted with that image of the overflowing Maple Bank dustbin or the besmirched doorstep in Majorca.

One guy that has shown some nice thumbs-ups goes by the name of astijake John, who writes his own blog called ‘Willing Yourself To Win: Life, love and destiny.’ It’s worth a read. His latest blog, The Chicken Men, can be found at https://astijake.wordpress.com/2019/01/03/the-chicken-men/

I mention astijake due to his conviction that our lives follow a path bordered by high fences of fate and destiny. The path goes where it goes, and you had best learn to relax and trust its destinations. Apologies astijake, if I have wrongly paraphrased your ideas, but that’s my impression.

The notion that the power of human free will may be vastly over-rated certainly made me pause for thought. When my eldest daughter Lauren was a child, she was attempting some task or other, and, unusually for her, failing. “It doesn’t want me to,” were her words. The suggestion that kids can see things that adults cannot is not new.

The reasons behind my interest in magic mushroom experiments include the countless testimonies that they reveal a life-force at work, guiding human beings.

Among other fascinating hypotheses I have encountered in recent years is a theory that what we believe to be our three-dimensional, physical universe is in fact a construct created out of non-physical, digital information. An astrophysicist, Craig Hogan, postulated in 2014 that our world is like a “four-dimensional video display”. One year earlier, Germany’s GEO600 gravity-wave detector found evidence of the ‘pixilation’ that Hogan had suggested would exist if the universe was a hologram. Another scientist, Nick Bostrom, has indicated that we may all be existing in a computer game of our own lives, which could have been created, centuries ahead, by our descendants, who would be able to use computing power unimaginable to 21st century dwellers.

Can’t get my head around that. I’m more inclined to stick with the simple questions. Is the ‘Butterfly Effect’ a product of chance or destiny? Or what really happened in that Norfolk field, in Blog 22? What am I? What is this world? How can I provide maximum benevolence and goodness?

What do you think? Steve Lowndes reckoned that we live in “the land of fuck”, where grasping pleasure whenever available is a duty that provides meaning. The more complex view of the early Christian Gnostics is that man is in a lifelong exile on a planet which is a prison for all mankind; he or she lives in a body which is a prison for the soul; and that the provenance of he or she is a lost and invisible world.

Most humans would probably struggle to see that as our inheritance because we use the nineteenth-century premise of materialism to consign this context as an artefact of primitive minds. But materialism consistently falls apart when under the microscope of quantum physics.

A parallel to the Gnostic notion is that the Creator in a higher dimension wanted to experience lower dimensional existence, and split its magnificently unified and integrated non-physical being into zillions of quadrillions of tiny particles that form our universe. And that our sole job here is to report back on our minute shard of consciousness, to fill in the Creator’s knowledge gaps.

Maybe that explains my blog. Fucked if I know. But I do like to know about the theories.