The birthday when the strength has tangibly started to wane. 60 was a hoot, 61 pretty good, and I felt fine eight days ago, white-shirted at a family birthday celebration.

More sluggish this weekend though, lugging the suitcase upstairs at the hotel in Hampshire, and walking along the seafront in the heavy winds. A depletion of the power reserve that once was. Not major, but a little wink from mortality. Take it easier, geezer.

It had to come sooner or later. Badminton was abandoned about 4 years ago, when the knee ligaments  protested at all the twisting and turning. I gave up running long before that. Thankfully, I can still walk many miles, and cycle many more.

62 means more receptivity to an afternoon sleep, and the need for greater recovery time after diving into life’s greatest pleasure. My back doesn’t thank me for driving long distances. Work stamina is much reduced, but then hardly surprising given the 16-hour days I sometimes put in.

One consolation is the universality of ‘oldgithood’. Few escape its reversals. There may also be mitigation in keener observation, and its enjoyment. For the first time, I visited Hayling Island at the weekend. Down near Portsmouth. There was a sharp beauty to the sun on the water, and happy memories triggered by the sight of land (Isle of Wight) across the water. 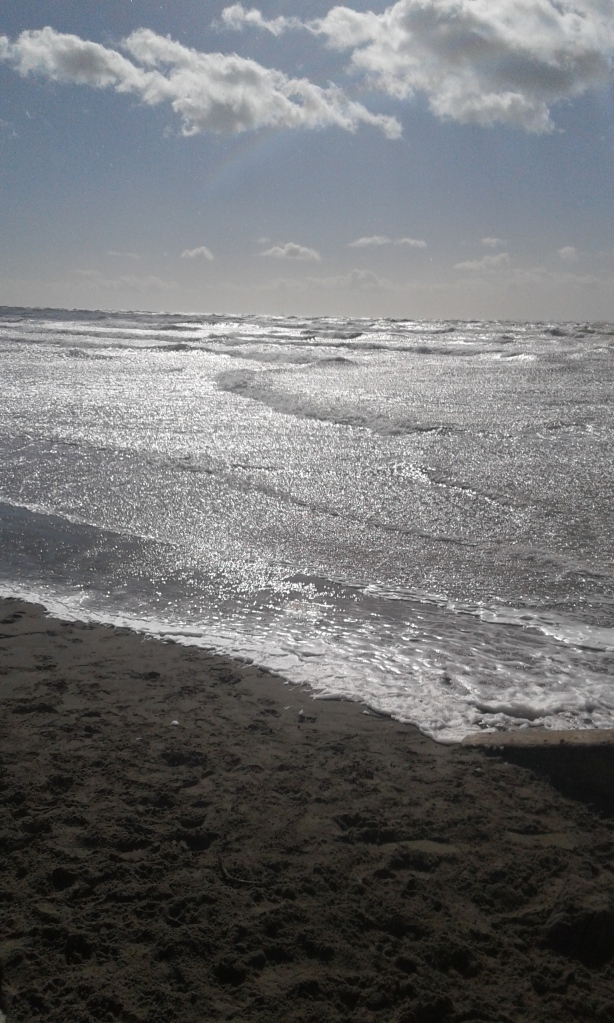 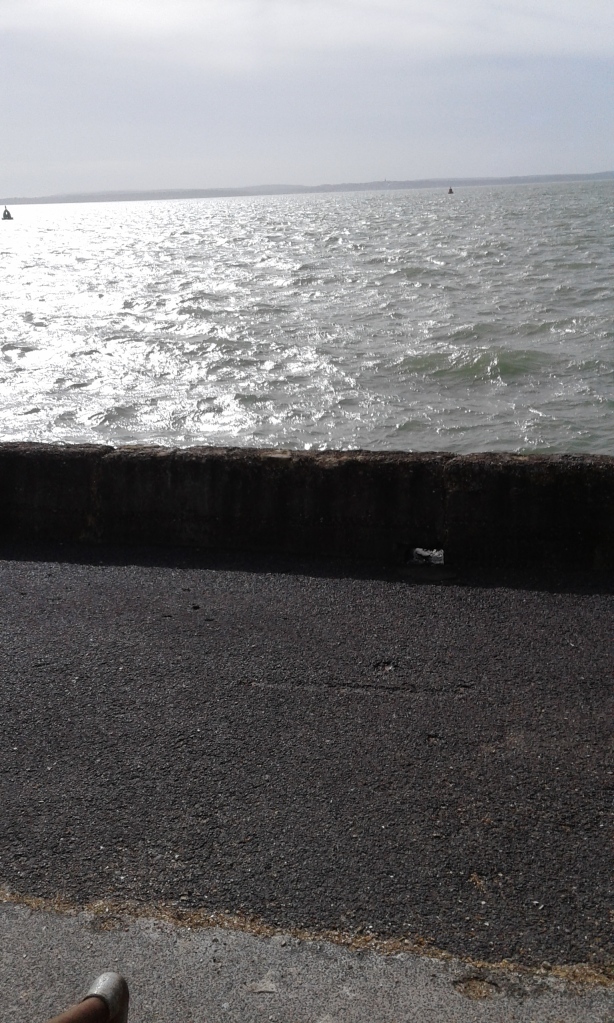 The older self, easily cold, sat in the car while his wife combed the beach. 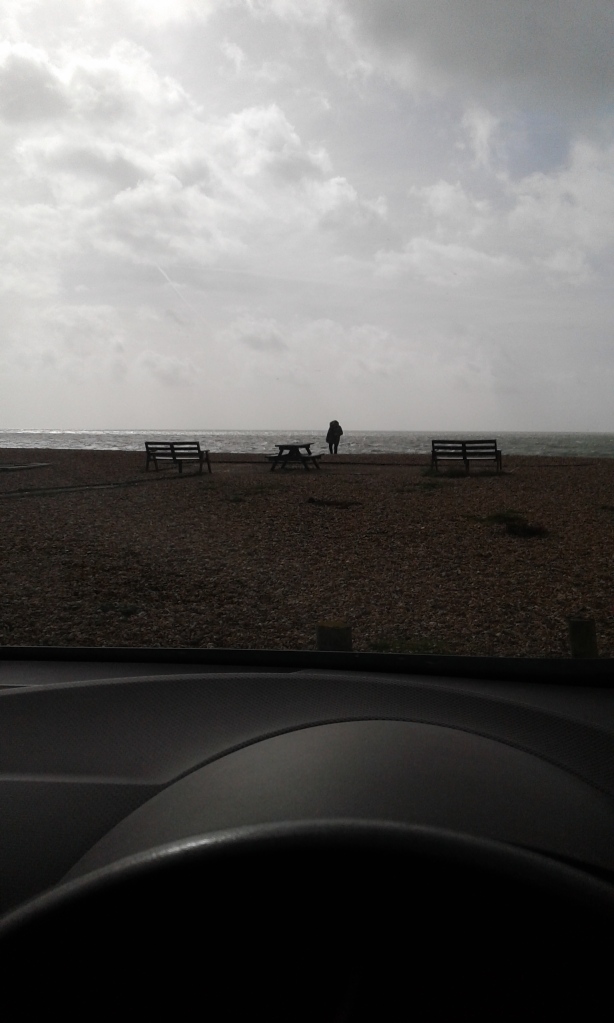 The younger, less attuned self would have neglected the yew trees planted in the grounds of the eponymous pub near the causeway. He would have thought nothing of how the guy who served us hot tea in the café out at the island’s westernmost tip said ‘of course’ several times when asked for things by customers.

The area reminded me of Canvey Island in Essex. Flat, and vulnerable to incoming tide. Amusement arcades fronting up seaside residences. This abandoned pub at Beachlands conjured up a heyday of better times.

Everything seems straight to the point on Hayling. Mick’s shop below does what it says on the tin. 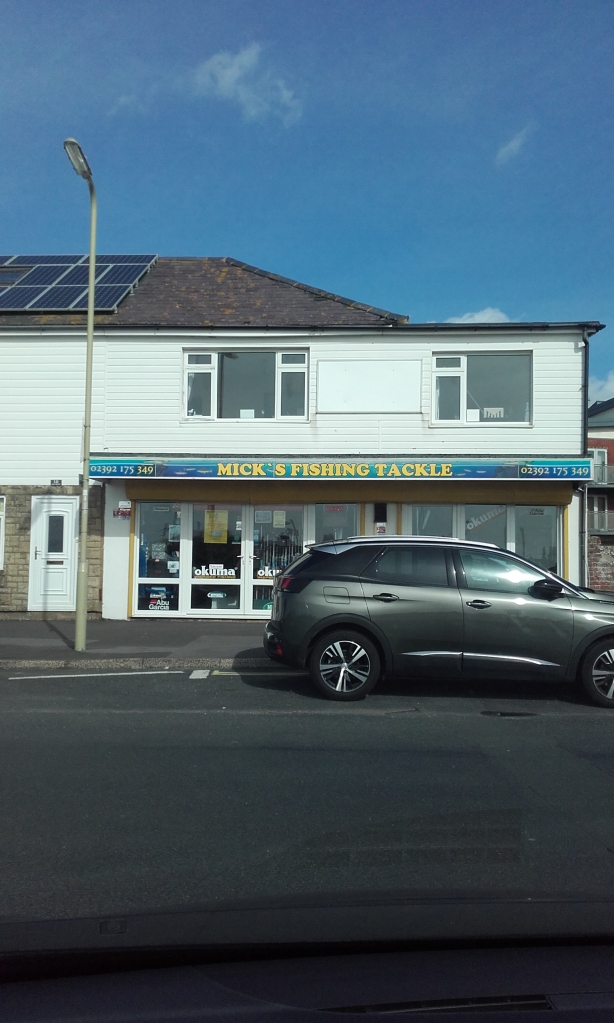 So many businesses took this approach. ‘Chinese food’, ‘kennels’, and ‘newsagent’ were among the signs on display. If Mick has a business somewhere on the island selling excrement, its frontage will surely sport a simple ‘turds’ sign, on or above its windows. If he ventures into colonic irrigation, ‘enemas’ will be flagged at the establishment’s prow.

At Portsmouth, we walked the castle walls seen from past ferry trips. My eyes tripping at the joy of it all.

Then we lunched in the pub that always looked so inviting from the ferry.

On Sunday we visited Maureen’s nephew Mike, in Almodington. He took us to West Wittering beach, where we saw a kite surfer fly. 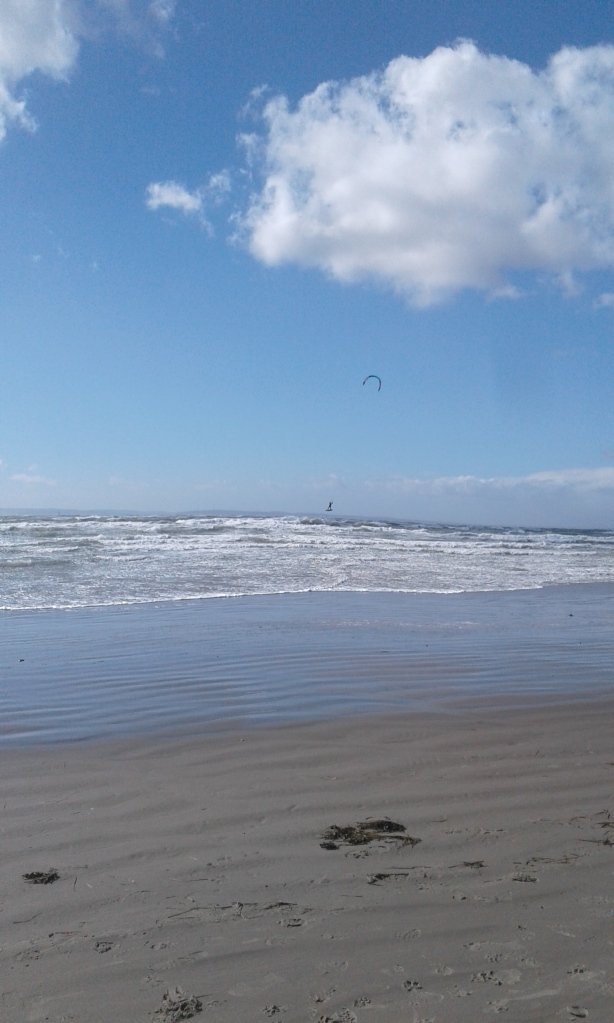 The gales howled so ferociously that the kids pulled the bottom of their jackets over their heads, leaned into the wind, and were held up by its force. Eddies of fine sand blew across the beach like a Saharan storm.

Before we set off for home, Mike gave me a pot that he carved himself from yew wood. A forever present.