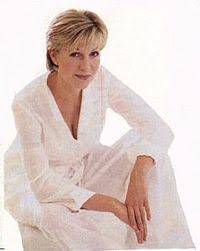 You would think that the BBC would have pulled out all the stops to put together a deeply researched and multi-layered documentary on its former broadcaster Jill Dando, who was killed in April 1999 on the doorstep of her West London home.

I watched ‘The Murder of Jill Dando’ last night because of the unsolved nature of the case, hoping for some insights into the killer’s motive, and a deeper understanding of how the Metropolitan Police tackled the murder of an almost-universally popular woman.

She was an attractive female. I had forgotten. After 10 minutes of old TV clips it was obvious that men would have sought her company. Yet throughout the programme there was not a mention of her love life, which is often the first place to begin murder investigations.

Sitting on the sofa, I found myself Googling the identity of her partner at the time. This was Alan Farthing, who was due to marry Jill five months before her shooting in cold blood. Moreover, at the time of the shooting, she had arrived at her home following a Hammersmith shopping trip, just hours after spending the night at Mr Farthing’s home in Chiswick. You would have thought this would be referenced, even if he had chosen to respect her memory with a refusal to appear or a firm ‘no comment’. I found this complete exclusion from the one-hour show puzzling.

Googling further, it transpired that Mr Farthing was employed by Buckingham Palace. Wikipedia describes him as an English obstetrician and gynaecologist and Surgeon-Gynaecologist to Queen Elizabeth II’s Royal Household. Another Google foray revealed that he helped to deliver all three of the Duchess of Cambridge’s children. Again, while none of that offers any clue, it is interesting context, that viewers would have perked up at. Did the Palace issue the BBC with instructions not to mention him?

The BBC flagged up the programme as containing ‘never before seen footage’. If so, it was hardly compelling. Much of the documentary focused on the key suspect, Barry George. An individual with what are now termed additional needs. Also a history of sexual offences and stalking. Nonetheless the sole incriminating evidence for his guilt was a miniscule amount of gun residue in his pocket. This could have come from other sources than his possession of a firearm, including proximity to an individual owning a firearm, experts on the programme confirmed.

Barry George was released on appeal eight years after his imprisonment. Which, as the programme progressed, looked more and more like the police identifying the easiest option for an arrest that satisfied the public need for catharsis. 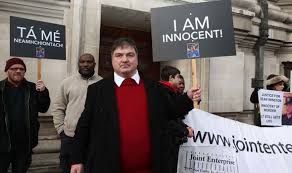 It was also mentioned too briefly that Jill Dando had almost certainly made enemies in gangland with her four years of presenting the ‘Crimewatch’ programme with co-host Nick Ross. This was a show which appealed for help from ordinary British people in providing new evidence in unsolved crimes. It seemed to me that the documentary could have focused on some of the Crimewatch revelations, and made at least a modicum of effort in this direction. For example, did any other public figure endure a similar execution? Jill Dando’s death involved one shot to the head, and a subsequent witness report had a smartly-dressed man walking briskly in a direction away from the crime scene. One theory was that it could have been a possible revenge attack by Serbians for the blowing up by NATO forces of their broadcasting centre in Belgrade.

Through most of the 60 minutes a voice in my head nagged. If Jill Dando was as committed to catching criminals as she genuinely appeared, one name might have loomed large in her mind. Sir Jimmy Savile. 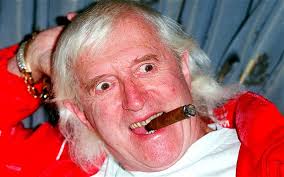 It has been well documented that many staff and hierarchy at the BBC knew of Saville’s prolific misdemeanours on the premises, involving rape and other sexual abuse, as part of a much wider asset of offences he carried out over 54 years between 1955 and 2009. These sometimes involved children under 10 years of age, but fear, intimidation and sometimes interventions by the powers-that-be prevented any follow-ups. Word of mouth is always a swift communicator. Did Jill Dando learn, and decide to out Saville using her prominent media position, long before the truths finally emerged after his death in 2011? Did Saville (or somebody else) in turn get wind and decide to use his underworld contacts to silence her?

I think that is a fair theory.

The copper in charge of the investigation, Hamish Campbell, intimated at one stage that he could see how Barry George might easily look like a ‘patsy’ – or fall guy – for the crime. It was almost the only interesting thing that he said. My final impression was one of omissions, of evidence glossed over. And of a police force under pressure from above.

I so wanted the two investigators from the BBC fictional series ‘Line of Duty’ – DS Arnott and DS Fleming – to come in and work on this one, looking at the police conduct. They always get it right, eventually, harried and cajoled by Superintendent Ted Kelly. 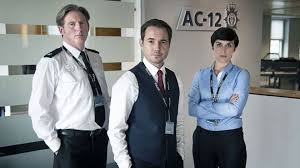