Saturday brought a warm April evening. I stood outside the Cricketers pub, in Southend-on-Sea, Essex. Where I first met my wife, in September 1980. 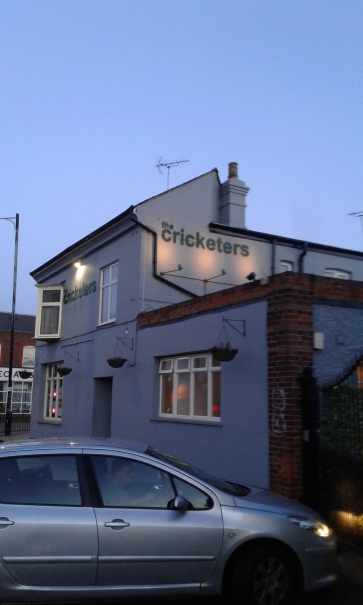 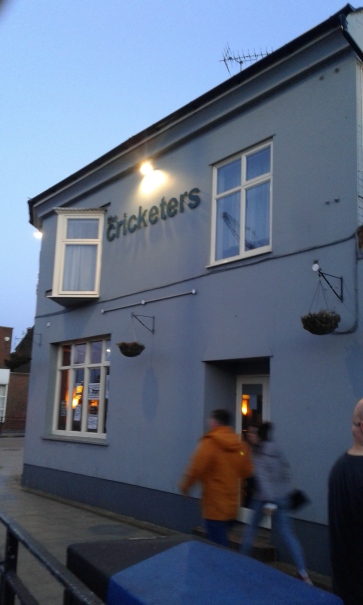 463 months later, I’m with my top mate Jono, his daughter Lyra and his brother Toby. Great people, with whom I can be myself, no pretence required. The bouncers point us to an extension of the pub, entitled The Venue. We get our armbands at the door, and I note that the Cricketers is presenting the gig with SPUNK (Southend punk) club.

I’m always nervous before gigs. Tonight, I’m not sure if I will like the music. Or if I will feel too old. It has been too long since I last did this. We only catch the last song of the first act, Toska Wilde, a cross-dressing singer. Don’t hear enough to have any opinion.

The second act, Emily Flea, a punkette, could be straight out of the 1980s. As a pint of Hophead pale ale sinks in, relaxation begins. There are 30 people here at most. Emily is a two-chord bundle of animosity, who lets her guard down when her girlfriend joins her on stage. They fall about laughing at forgetting the lyrics. She is soft and loving beneath that spiky carapace. 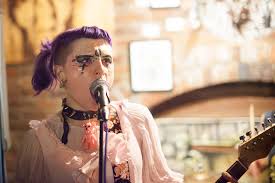 Lyra is watchful, still 14, sticking close to her dad in this dark venue. She had played us three self-penned songs on her guitar earlier in the day. Maureen and I were stunned. Melodies and words and playing to take your breath away, showing a maturity that made me think of Amy Winehouse and Lily Allen. She may already be more of a musician than Emily Flea.

Another beer to ready us for the next act, the Petty Antics. Two sixth form lads, by the look of it. Baggy white teeshirts and floppy hair belie the sound: the floor-shaking guitar and drums of the White Stripes, and a voice that is more unpolished death metal than Jack White

How can this lad not be hoarse for the next two months? He talks politely and happily between songs, clean cut as the boy next door. Then off they blast again, and the last song is extended for several minutes beyond its natural life, as the singer/guitarist goes all Townshend/Hendrix and lets his guitar feedback from the floor, where he crawls on it, kicks it around and then tries to stick it up the drummer’s nose.

My ears ring happily. Time for a Jack Daniels. The barman nips around the back into the main section of the pub for parts of each order. Maybe 50 people are here now.

Should it be more? The tickets were just £6, and the place could hold 250 punters, easily.

Tim (TV) Smith was the singer for the Adverts in the late 1970s, before I met Maureen. You might know them for the song ‘Gary Gilmore’s Eyes’, or perhaps ‘One Chord Wonders’. 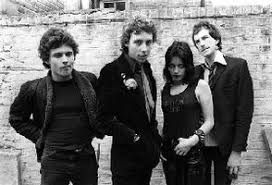 TV Smith has become a bit of a hero for Jono in the 40-year interim. Touring, in bands and as a solo artist, making more records. I know nothing about him, but am told by my music-loving mate that he is a modern version of the medieval troubadour. 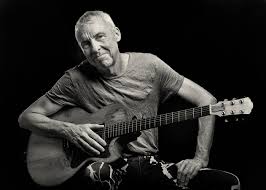 Travelling to gigs by train, lugging his guitar case, and, tonight, selling his CDs from a small corner table, while the other artists perform. 63 now, this Romford, Essex-born man has a cool black leather jacket with multiple zips, white hair and the smile of an angel when he talks to those who approach him.

He is proper skinny, white arms carrying not an inch of spare flesh, as he steps out to perform.

The first few songs test the water, as the crowd edges nearer. He plays his acoustic guitar and sings with his eyes closed. Could TV Smith still be nervous, even after 40 plus years of performing? He talks disparagingly about Brexit in one of the song breaks, and everybody is quiet. We are shy as well. “Have I said the wrong thing?” he asks, honest vulnerability vying with that seraphim’s grin.

The ice breaks with ‘Lion and the Lamb’. It has an epic feel. People start to sing along, Toes tap and legs move.

His short songs come thick and fast now, with no introductions. Often with strong social commentary. My third Jack Daniels is a toast to this persistent celebrator of British underdogs, who is beginning to open his eyes now and again, as the momentum picks up. Still lost deeply in the physicality of what he does, strumming powerfully but now visibly letting himself feel the crowd willing him on.

He ends with a couple of Adverts songs, and people join him onstage, singing along.

A heartfelt round of applause and TV Smith is done. He wanders contentedly around the stage, tidying up, while everyone winds down. I imagine him going home alone soon, or staying in a cheap bed and breakfast. He looks like he has found his niche in life, and maybe until death.

As we drive back to Chelmsford, remembering kicks in. How these types of intimate music evenings, in small venues, are so cathartic for the soul. It is such a joy just to be present, watching the crowd as much as the musicians. Taken out of yourself for a few hours. So that you wake up the next day, thinking: “I lived a bit last night”.