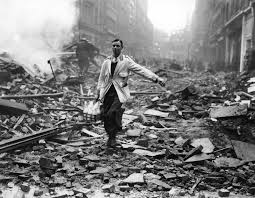 Ciara and Dennis, the recent storms that battered the UK, took me back through time to the morning of October 16, 1987.

The famed hurricane that hit Britain the previous night had involved 122 miles per hour winds, and a nationwide uprooting of trees. It had been difficult to sleep in our upstairs maisonette, in central Chelmsford. The bedroom window was wide, and we could feel it bowing with the stronger gusts. Some tiles came off the roof. Maureen had Lauren inside her, still three months away from birth.

Only an idiot or mad dog would have gone out into the maelstrom. Or a milkman.

Warily, at 4.30 a.m., I trotted the few hundred yards through the dark to the Chelmsford Star Coop dairy, loaded up the battery-powered, low gravity float with milk crates, and proceeded out on Round 16, around the Westlands council estate.

Concentration on the conditions outside the float was immense. I’d been manning the round for about 18 months, and knew the order book by heart, so the roads and the few other vehicles took all the focus.

Before long, the apprehensions faded. There were trees, bushes, flowerpots and all kinds of other debris littering the roads, but there was no stopping this ‘milko’, or ‘milky’, as some of the customers called me. The job was getting done. Pints delivered, notes read, empties collected, the odd conversation indulged in.

Two key recollections stand out. Because I was a youngish man, just 30, I would often sprint the round. Literally run from start to finish on the days when no doors were to be knocked on, giving myself calorie-burning workouts that kept waist size low. That morning I ran down the side of one house, saw too late in the dark that a fence had fallen across my path, tried to hurdle it and clipped the top with my heels, falling in a heap and smashing two pints of red top. Painful on the knees and hands, but I got up and grinned, buoyed by adrenalin.

Better, and still vivid, nearly 33 years on, is the memory of driving at top speed (a wild 15 mph or so) down one road and a huge branch literally flying at three times that speed past the open driver’s door, about three feet away from my head. I should have been scared, but somehow adored being in the eye of the chaos and carnage.

It was all over far too quickly. As the day dawned, and the round ended, a sense of anti-climax set in. The winds lost their force. I mourned their passing; but saw their legacy for years to come in landscapes scarred by trees ripped from the ground.

The estate housed lots of employees from the local factories: Britvic, EEV, Marconi etc. Lots of regular employment, so I saw no grinding poverty (nor any conspicuous consumption). I met customers who became friends for years: Andy Kemp the acupuncturist and his wife Nina; Kevin the horse racing punter and his wife Hazel; Martin and Linda, the parents of Olivia, now one of Josie’s best friends. I started up an afternoon window-cleaning round amid this new set of acquaintances, who included the first gay couple I knew, Tommy and Richard. Not forgetting my ‘caaaaaaaaaant’ customer of Blog 235.

Bizarrely, a Geordie woman with mental health issues asked me into her house one day, to receive payment, pressed me up against a wall, and insisted on showing me an intimate part of her body, which was diseased. Another older lady would answer her door on a Friday lunchtime with vast amounts of cleavage on display.

Arousal memories of any substance belong to one specific morning. It must have been one of the quicker days, a Tuesday or Wednesday, when I had managed to get the bulk of the round done by around 8 a.m. A hot summer’s morning, when shorts and tee-shirt were my natural attire. Several younger women were walking towards the railway station, for their daily commute to London. Dressed minimally and transparently, catching my eye as a collective. In the relaxing, sensuous heat.

Despite the hours of aerobic running around, I realised that an erection was mine. Evident to any prurient onlooker, flopping around in my shorts as I ran across roads; or bent over on doorsteps. Embarrassed, I sat in the float for a while, flexing all my other muscles to divert the flow of blood.

I switched my round after three and a half years. Driven by mixed motivations: a dire need for change and the opportunity to cut out Friday night money collecting.

Now working from a Ford Transit, I would speed down the A130 six days a week to South Woodham Ferrers, a new town built near the River Crouch in the early 1980s. Some of the new street names on Round 5 were linked to JR Tolkein books: Gandalf’s Ride, Gimli Watch, Rivendell Vale, Hobbiton Hill and so on.

The streets reminded me of Portmeirion, the Welsh town that featured in the TV series with Patrick McGoohan, The Prisoner. Houses with relatively unusual colours, and slightly surreal architecture. But far less of a communal feel than the Chelmsford estate served on Round 16.

Hardly any Round 5 memories have stayed sharp. I recall peanut butter and banana sandwiches that I would devour before the sun rose. Also, spilling a dozen full crates onto the road when taking a roundabout too fast. Stopping in a quiet layby, once the round was done, to read the Sporting Life. And the deep snow of early 1991. Aching torso and leg muscles.

The standout memory, again, is of danger. On a Saturday morning, with two days milk loaded up, I was gunning the Transit down the fast road from Rettendon Turnpike to South Woodham, heading east. With no other vehicles in sight, and two miles to the next roundabout, I had 70 mph showing on the speed dial, with the radio turned high, as my mind wandered to that day’s horse racing. I had started up a betting syndicate with friends. Thoughts had to be marshalled.

Did I hit a bump? Or veer slightly across the lanes? Suddenly, the vehicle’s massive forward motion was being compromised by a sideways rocking, growing in force, as the milk cargo on the back started to shift, left then right, left then right. The whole bloody van began shuddering and creaking, wobbling, out of control. Instinct said hitting the brakes would make it worse, so I took my foot off the gas, keeping the vehicle as straight as possible, entering a time zone where fate and the Gods were in control of my life. It was in the balance for maybe 10 seconds, before the cargo stopped wobbling. I made a beeline for the nearest public toilet.

I still warmly remember some of the fellow milkmen (there were no women, until my very last year) from those years. None of them were proper mates, but I got on OK with almost everyone at the yard. There were three Bullimore brothers: foreman Bernie, and brothers Paul and John. The last of these killed himself, exhaust pipe turned into his car, after a split with his girlfriend.

It must have been catching. Albert, a relief milkman, set fire to himself (unsuccessfully) in his car after a bust-up with his wife. Albert showed me the ropes for the South Woodham Ferrers round for a few days before I went solo. “Spot of rain?” he would enquire, every time I hit the windscreen wipers by mistake.  Another relief milkman, Steve Wright, would also sprint his rounds.

Among Bernie and another dozen or so of the lads, a catch phrase could be heard every morning. “Think of the firm.” A sarcastic tribute to their company loyalty.

I remember ginger-haired Ted, short of temper and long on his support for his football team, Tottenham Hotspur, who would “swear on my kids’ lives” about any manner of things. Then there was Tom, who would often turn up for work still pissed after a lock-in at his local pub the night before. He was an alpha-male, nastily aggressive; and would brazenly take an extra crate of milk in front of Bernie’s nose, keeping the profit for himself.

Another drinker, Roger, wore red blotches on his face from his alcoholic exploits. Also a relief milkie, he would nick anywhere between £20 to £50 from the bag if he stood in for your holiday.

The real Jack the Lad of the yard was Phil Dove. His round was somewhere out in Hanningfield, where it was said he had at least two women customers who required ‘extra’ deliveries. Phil drank copiously, still played football, and had a second job as a private investigator. If there was something to have an opinion on, Phil’s would be heard. I met him again when he was driving taxis eight years ago. It was great to see his buoyant spirit once more, bursting through the wrinkles and extra weight added by the years.

John Tearle, the depot manager, came across to the Coop from Dairy Crest, where he had acquired a major reputation as a womaniser. In my final days as a milko, when the black dog of depression had its claws in me, John recommended that I find a mistress and shag myself silly. Then there was Bob, who helped Bernie get the milk ready from 3 a.m, before heading off to work for Brake Bros as a delivery driver. Bob still owes me £5 for a bet that I placed on his behalf.

Three older guys still come to mind. Ernie, Joe and Peter. All of them would disparage the younger lads who sprinted round. Ernie was odd, eccentric, a little unsure of himself. But mega-friendly. Joe was entrenched in his ways, a huge Trades Union man, who knew his every working right. He looked after his younger brother Theo, who had learning disabilities. Peter grew his own vegetables. He tailored his work and life to routines that he shaped and owned. Truly ‘his own man’.

Tony Timms was maybe the youngest guy in the yard. He admitted to still being a virgin, a fact that somehow got into the local Chelmsford newspaper. Presumably that status was left behind, as he was often to be seen dragging, pushing and otherwise cajoling a brood of children around town in later years.

The nicest lad of all was Kevin English. West Ham fan. Thoughtful, kind, sensitive, popular. I saw him a couple of years back, driving a milk float with his name on it.

The milk round featured in my dreams for many years after it ceased. Perplexingly and uncomfortably so. The general theme was whole streets that I had left unserved, or irate customers ringing the dairy because I had delivered the wrong milk. Only in recent times have those dreams ceased, occasionally to be replaced by a better ambience, where all was complete, as ordered. 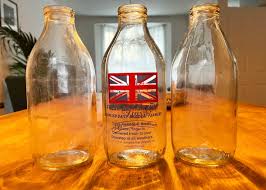