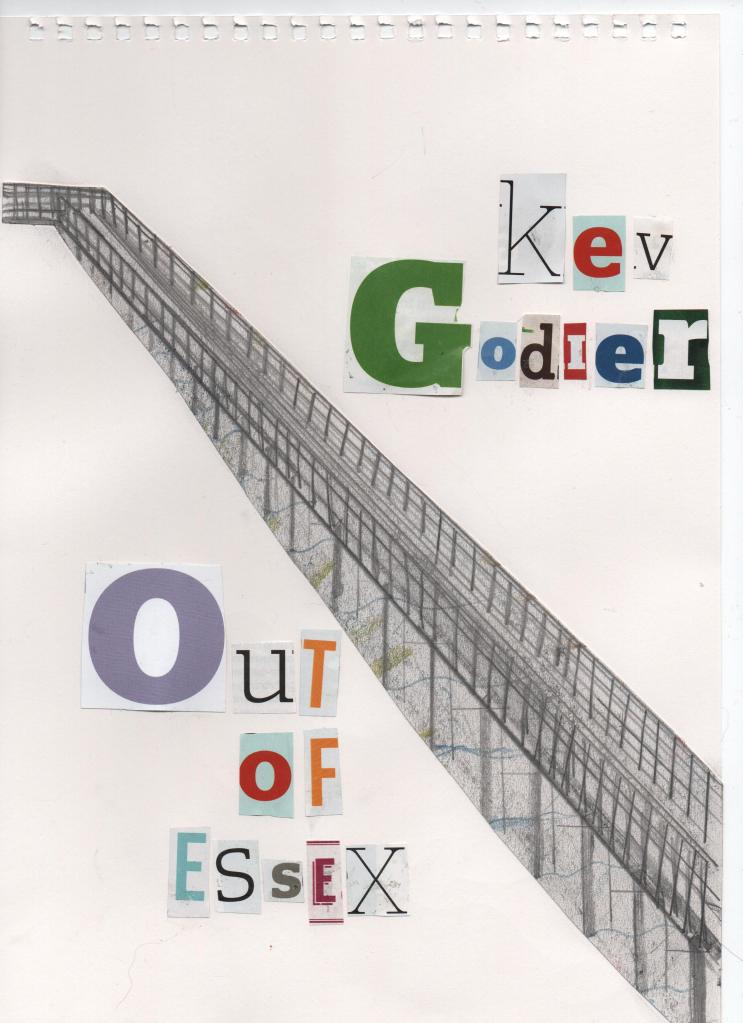 You can definitely dance yourself happier. But can you write yourself happier? It takes a certain type, but that’s the over-arching aim, over many blogs. The morning after the first two I awoke with deep serenity, and lay for nearly an hour in a very joyful state. That trend has generally continued.

Maybe the DNA helps. Richard Brinsley Sheridan, who wrote School for Scandal in 1777, was an ancestor. Little gave more pleasure to the younger me than writing long letters to friends.

What has become clear, gazing down the time tunnel, is the bliss that burned within as I wrote, edited and printed my novel ‘Out of Essex’. It started as a rant about the sickening level of praise for Maggie Thatcher in April 2013, after she popped her clogs. Resonating was Frankie Doyle, who complained about the public expenditure on the funeral. He said: “For £3 million you could give everyone in Scotland a shovel, and we could dig a hole so deep we could hand her over to Satan in person.”

Well, Maggie got to meet Satan, and the book steamed along, almost of its own accord. I would wake up each morning with new ideas, most of which seemed to come from my untapped imagination or somewhere beyond. My most exacting work was to go back and research her policies, opening up a whole field of deceit that the BBC and its peers still quietly exclude from the news. In particular, the inter-dependence of war and debt, stretching back across hundreds of years of history. Jesus that led to some interesting discoveries, about money, banking, monarchy and media. In fact Jesus became the key player at the climax, where a moneyless utopia comes into being before Maggie wakes up, in 1966, too groggy to realise she may have been dreaming a future.

What a blast to be a creator. I still grin at the character who threw a punch at a tsunami. Sure there was a lorry load of mistakes – too much polemic, poor writing and insufficient characterisation – but the project made me dreamily contented and cheerful, perhaps more than at any time as an adult. I’ll talk more about OOE in time, but have become aware that my happiness levels dropped off shortly after giving away the sole 50 copies printed for Christmas 2015. Writing that book’s 251 pages energised me and fed my essence.

This blog is focused on truthfulness, rather than creativity. My dad told me to always be truthful. Then punished me with his hand on multiple occasions when I told the truth. The trials of school cemented the path away from truth. From 1993, journalism at least taught me to try and work out the facts, and present them clearly. After OOE, I kept a ‘Happy Diary’ and went on to write down 6 things for which I am grateful each day.

But I backed away from the dark journey, away from serenity, the digging deep into more painful truths, drawing out the poison. Carl Jung wrote his ‘Red Book’ over a period of years, desiring to make his unconscious conscious. Dialoguing with his depths, and then writing truthfully about those inner demons and wraiths as a way to claim and integrate his shadow-self.

Is there a short cut? A huge one-off dose of DMT, psilocybin or ayuahasca? Or perhaps to get wildly drunk and talk about the more repressed or less obvious aspects of one’s personality while a talented painter captures the moment, for an ever-available cathartic portal. Medium-term approaches in seeking happiness include mindfulness. Intentionality is another story, for later.

I’ll round off with a quote from Ursula Le Guin, rapidly becoming a favourite author.

“Many things are not worth doing, but almost anything is worth telling.”