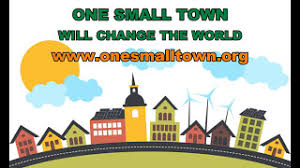 Swimming upstream into my past will take effort, precision, a chunk of courage and maybe a week or so to plot a route. The next few blogs will tread water slightly, starting with a movement I’ve flirted with this summer. Ubuntu, founded in South Africa by Michael Tellinger, with a view to gradually eliminating money through self-sustaining community. I mentioned it briefly in the last chapter of Out of Essex, when a former hedge fund manager walks away from the world of finance.

“If it’s not good for everyone, it’s no good at all!” he would say, quoting Ubuntu philosophy.

I went along to three meetings this year at the Great Dunmow house of Jenny Lynn, who coordinates Ubuntu’s East Anglian activity. The conversation was always full-on, nonstop, and heavily debated, spiralling across a range of subjects. For starters, the value of communal gardening, the ‘creep’ of 5G networks, buying cheap land for community building, permaculture, the legal requirement to pay taxes and rates, and the very real toll of participating in the money system. And what might happen if a significant percentage of journalists decided to place truth and authenticity before income, and ceased spoon feeding nonsensical narratives to over-trusting populaces. That’s always a gulp in the throat for yours truly.

The best evening was in early June. After four hours outside around Jenny’s chiminiere, I pedalled the 11 miles home slightly drunk, mildly stoned and so tired that anyone still awake out in those dark country lanes will have heard the unusual noise of a yawning cyclist. Talk this time had encompassed much description of several psychoactive substances: psilocybin, MDMA, salvia, ayuahasca and DMT. Our various experiences. The consensus non-fear of death, and Buddhism’s benevolences. All sorts of personal reminiscences. And then summaries that tried to pinpoint why we had found Ubuntu, followed by probably the most important question: How can Ubuntu be put into action? Is the very idea of promotion too rooted in the world of corporations and money? Is word of mouth and personal example the way ahead?

I felt like a novice among old hands. It’s one thing to have written a novel about debt and the money system, and another to be so deeply enmeshed in its gears that escape can seem light years away.

My three companions were all following their own paths. Johnnie is teaching himself how to grapple with the shackles of the legal system, and to stave off the seemingly mandatory taxes and levies that come with the modern corporate state.  Jenny has started ‘GetDigginIt’, building a local community around the deployment of unused land to grow food. Walter has arrived at a place where he will naturally barter for many things for which the rest of us reach for our wallets. And he’s good on the bongos.

I was genuinely grateful to have shared a few hours with such people, whose presence I remember far more than the conversations. Blame the substances. I don’t know if any of their ideas can work, but they provide a much-needed counter-balance to the dreary worlds I write about.