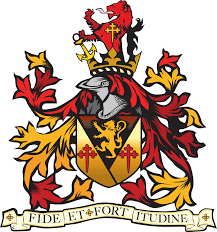 Six of our St Margarets year qualified for grammar schools. Two headed off to Palmerton, over at Grays. One of these, Mike Bellamy, would later end up at Westcliff, the destination for Janine Spear, Christine Payne and myself.

Westcliff High School for Boys had a first-class academic reputation. After seven years at the place, my French and Russian skills had flourished. A gift for language was soon apparent. I scored something like 95% in my first-year French exams. In 1975, my B-grade Russian was the critical A-level passport to Birmingham University.

Maths and English skills were already good when I arrived, in autumn 1968. Not sure they improved much. I grew to enjoy history in the sixth-form, especially the 1930s and World War 2. Science was never my thing, nor geography. Better teachers might have helped.

On the playing fields, I ended up trying out rugby, and even hockey, making the school first teams at times but never with my heart in it. Rugby was a wet, cold and bruising experience. The ball was stupidly shaped, and the fastest runners fared best. Cricket, by contrast, was a godsend each summer. Soccer was for the lower classes, and was not played. That broke my heart before I ever set foot in the place. One Sunday afternoon in 2001, I pulled up outside the school with the kids and looked askance at goalposts that now adorned the bottom playing field.

I told my parents in summer 1968 that I did not want to go to Westcliff. Utterly straightforward reasons. No football and no girls. I loved females. Needed them around me, for their beauty and their kinder approach. The school was also 8 miles away, and a 30 minute bus journey.  This brought all sorts of complications, from having to get up at the unbeknown time of 7.30, to having to wear a blazer and carry a briefcase that would make me an obvious target for all the scallies that populated Basildon, Benfleet and Southend. In my first few days I would discover that the buses were full of smokers, insanely puffing their poison and dropping their ashes inches deep onto the top floor of the bus.

The problem for Phyllis and Eric was the low academic prowess and reputation of Chalvedon comprehensive school at Pitsea. Most of my friends went there. Tales of dogs thrown from the top floor at Chalvedon, where my brother attended, had me rivetted and open-eyed. Football was played and boys and girls mixed. Chalvedon spawned Terry Marsh, the boxer who retired as the undefeated world light welterweight champion in 1987. During 2017 local elections, Marsh assaulted the presiding officer at a Basildon polling station, kneeing him in the groin when not allowed to take his ballot paper home.

So I can see why my parents preferred Westcliff. Phyllis carried the idea that I could become a professional of eminence and respectability. A doctor was her dream. I genuinely knew differently. Instinctively, in my gut. 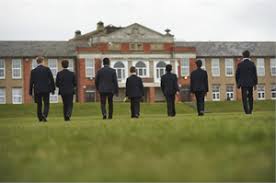