Micky Flanagan and Maureen’s mum, Iris, don’t go together. Not on first impressions. 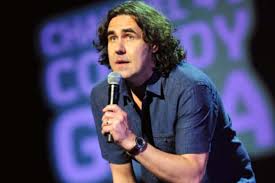 Micky made me laugh last night until the tears were running, lifting the ‘Black Dog’ that had started to hang over me. In the course of one hour, the TV highlights from his Out Out tour lifted me from a numbed low to a welcome feeling that all was well again with myself and the world.

Iris Mannix, God bless her, died on this day 18 years ago. I cannot say that we were ever close, but she carried herself with an unmistakable dignity during the two decades in which I knew her. She was deeply influenced by the Catholicism of her childhood, and found new faith in the Roman church later in life, when she undertook a trip to Lourdes. Her time was often not easy, including spells looking after her wheelchair-bound mother and then battling cancer in her later years.

Her lineage included Daniel Patrick Mannix, an Irish-born Catholic bishop who served as Archbishop of Melbourne for 46 years and was “one of the most influential public figures in 20th-century Australia”, Wikipedia tells me. He was Iris’ great uncle. Her grandmother was a suffragette, while Iris’ dad George almost achieved fame as the cook on the Shackleton expedition to the South Pole. He had to pull out at the last minute through a leg injury. Good DNA running through my wife.

But I do reckon Iris – who was born in Rainham, Essex, and then moved to East Ham – would have enjoyed his cockney persona and strutting bravado. And I think she would have seen the humour of his recounting of “having the shits” in India. Universal stuff that can happen to us all. “I went to the toilet, and with the gentlest of pushes, the world fell out of my arse…it was like emptying an old radiator.” His mate also fell victim. “I just farted”, he tells Micky on the phone, “and some of it sprayed on me pillow…..a bit like the Kennedy assassination – they could never work out why that bullet ended where it did.”

Definitely up her street, I venture, would have been Micky’s take on spying on your neighbours. In East Ham Crescent, Brentwood, where Maureen lived until age 24, tiny breezes floated across the road as curtains twitched constantly. 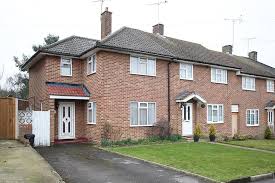 “I’m peeping out of my own curtains”, he tells the audience, to check if he can go to the shops without bumping into a particular neighbour. “And I’m enjoying the clandestine nature of it – you’re in a powerful position. People don’t know.”

Somebody sees him. “The real fun starts when you are caught. You are then duty bound to do one of two things. Come out of the peep and start messing about with the window. Most people take the second option, the good old fashioned hide. But I did neither. I pushed on and made the ultimate discovery – the maximum fun at that point is you maintain the peep….It’s not for everyone, I know……I was telling the wife about it –she said are you fucking backward or something?”

Maureen and I were falling about. I quite literally felt joy return to my head and heart, and cannot praise Micky highly enough.

I didn’t pay enough attention to Iris while she was around, but hope she will have witnessed my love for her daughter. If she is looking in, we are thinking of her today.