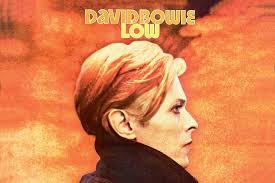 The eerie, futuristic sound of David Bowie’s Warszawa creeping out from under Johnny and Steve’s bedroom door was a characteristic of spring and summer 1978. They were revising for their finals, while I was still taking it easy with another year to go, due to the course change. Martin, Steve and Johnny often relaxed with me in two-a-side soccer tennis at a nearby park. Followed by pints of ice cold lager at the Bell pub. Did I attend any lectures and seminars? I must have, but no recollection remains.

The memories are of nights lengthening, beers, curries, and the 1978 Argentina World Cup. Saxon and I got ourselves down to Blackbushe, in Surrey, to see Bob Dylan topping the bill at an open-air rock concert. Then onto Oxford to meet her mum and dad. Far more middle class than my parents. A vivid memory of her Birmingham accommodation – in a converted hotel on the Hagley Road – is of Paul Seligson’s dad cycling drunk around the kitchen table downstairs.

In this way one of the times of my life came to an end. Many of my friends had seen out their three years, and were heading off to pastures new. We all tell ourselves that our closest mates at the most significant times in our lives genuinely were something special, and it felt as if these guys had been exactly that. The loose grouping had wit, style, energy and warmth.

The Harborne tenancy ended. I was offered a room for the summer by some mates in university self-catering accommodation over in Northfield. Essex held comparatively little allure. I decided to work through the summer in Brum, and got a job at Davenports, a brewery in the city centre. The feeling of change was accelerated, terribly, when Saxon’s dad killed himself in August 1978, while she was back in Oxford. He had been accused of sexually interfering with a girl where he taught. The shame, or potential shame, led the poor guy to hang himself. I didn’t have a clue how to comfort her, beyond shallow clichés. Inevitably, the suicide took a slow toll on our relationship.

The feeling that a good time was fading fast was further exacerbated by a guy who I had thought to be my friend, Steve Hudson-Parker. Essex boy from Harlow. He had lived in the shared Northfield flat that summer, and we had been drinking partners on a number of occasions. With zero warning, he turned on me in front of other friends in the Bournbrook pub in Selly Oak. There followed a war of words, which shook and hurt me to the core. The ability to make and keep new friends was the highlight of my three years at Brum. Retrospect – and friends – indicated that Steve had severe mental issues, but that was little consolation.

It started to feel as if the confidence built through 1977 and 1978 was crumbling.