I worked for three short periods at Davenports brewery, beginning in summer 1978. Part of Birmingham’s industrial history, the family brewery dates back to 1827. The company website tells that the company started a ‘Beer at Home’ service in 1904, expanding rapidly and establishing a distribution network across the country. Presumably Thomas Shelby and his Peaky Blinders took a cut of the profits. 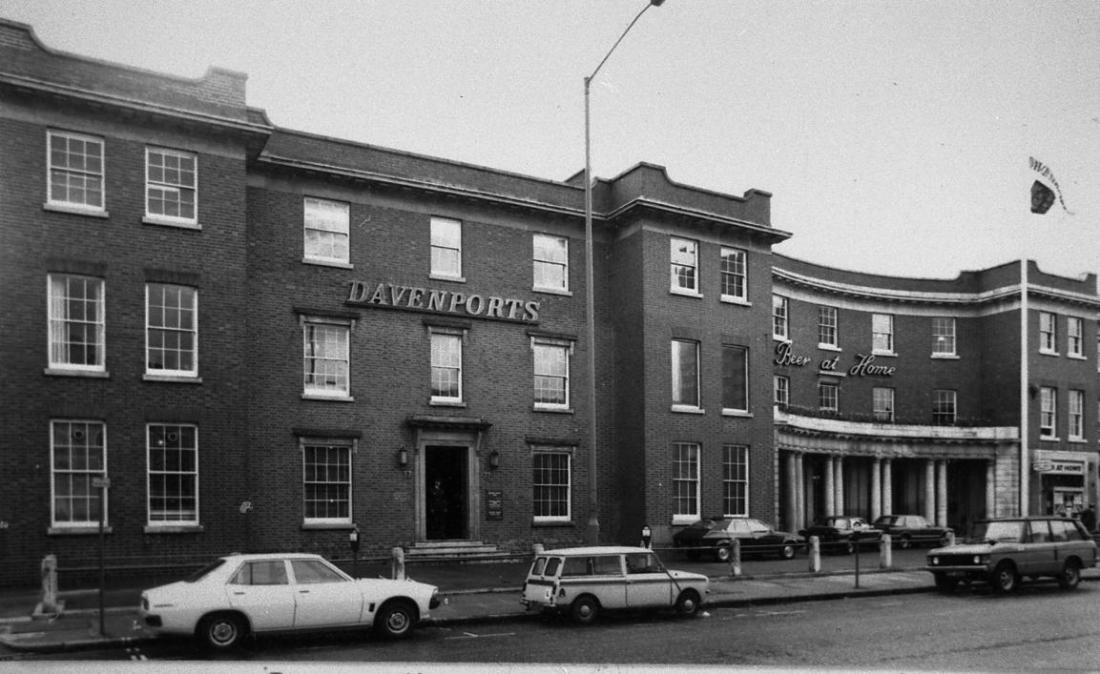 My first spell at the place in the picture above involved lots of 6 a.m. starts, which was a first. Alarm clock set for 5 a.m, and a bleary-eyed bus ride. I toiled out in the yard where the empty barrels from the incoming lorries were washed down. Breaks took place in what was little more than a tiny, dark hut. I shut my mouth for long periods so that my work did the talking. Any sign of intellect was jumped on, but I had enough crudity about me to feel at home within a week or two. Slid in the odd joke when the opportunity arose.

Was Harry deluded? The oldest guy in my section used to tell me about the good old days, when the women in the factory were regularly shagged over barrels. I never disputed it, being the new boy. Harry used to try and drink two halves each Friday, when all of the factory was allowed to sample one half of the week’s newly-brewed beers. Another character was Ian, a muscular lad from the tower blocks out at Yardley. He reckoned he and his wife had copulated so many times one morning that he came blood. I did my best to look impressed. Merv, a stylish young man who played bass in a local band, was immensely likeable.

Despite the wider society switch to drainpipe trousers, a surprisingly amount of employees wore baggy jeans to work. With football socks underneath. This allowed one to accommodate four beer bottles above one’s footwear on the way out. Did I ever do that? Damn this memory and its holes.

I think I worked about eight weeks at the brewery in July and August, so that there was a few quid in the pot for September and the next term. Although glad to depart, I went back for a couple of weeks doing part-time evenings at Christmas. And then again in Easter 1979, as finals were looming. I needed the dosh, and made a good friend in Mike, a Brummie who came down to a party in Essex two years later. We used to stand and talk all day while watching out for damaged or dodgy beer bottles as they came out of the wash.

Not too long afterwards, in 1986, capitalism had its consolidatory way. Greenall Whitley bought the company, and the Bath Row site above was progressively decommissioned over the next few years. Empire Star then purchased the Davenports brand as part of the Highgate brewery.

But the name and brand lives on. Shaun sent me this picture on Boxing Day, taken in a new pub at Five Ways. Cheers. 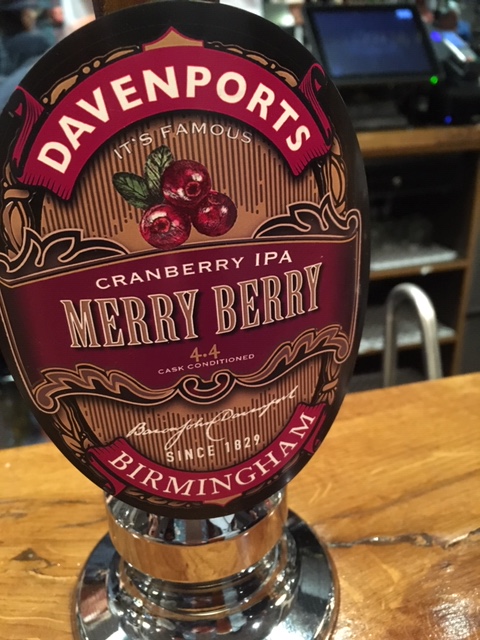