In dire need, I came to Hanmi Buddhism in autumn 2011.

Tightly gripped by the financial pincers of the taxman and a debt management plan, I had been working excessively, probably drinking too much, and trying to manage an enlarged prostate. None of that was new, whereas I had had just wrenched myself away from two friends. The pain of that destabilised me for weeks (Blog 10).

I longed for something. No idea what. Something healing, compelling, transforming. Something to add layers of meaning.

My wife and I were sitting on the pier in Southwold, in Suffolk, with her friends. I was 54, feeling like no more big adventures lay ahead. The sun was smashing through the windows. Simultaneously, the rain squalling against the panes. Thousands of birds were coming past, in formations, migrating south, hugging the water to duck the wind. On its own that would have been an all-time memory of vivid seasonal change.

Then our mate Jean said: “There is a healing meditation that I’ve started going to that I think you might like.” I almost grabbed her by the throat. ‘Where is it, when can I go?’

Undertaken within the Hanmi Buddhism centre in my home town of Chelmsford, in Essex, the meditations were transformative. I knew it was for me as the first session unwound at the temple, tucked away down a dark corridor at a Chelmsford working man’s club.

The practice was highly ceremonial, but simple, using a combination of mudra (hand gesture), mantra (silent chant) and the visualisation of light, in different colours, streaming through and around my body. The feelings were ecstatic, as if the most gentle, etheric orgasm was rising through my body and culminating in indescribable pulses of pleasure in my head. Maybe a distant cousin to trance music or the MDMA half-pill I tried once.

This branch of Buddhism is only tenuously established around the western world. It claims to be from an ancient mystery school, whose secrets were – I was told – hidden and preserved through centuries of barbarism.

Somehow it made itself available where I lived. More practically, problems started to unclutter. Things happened that were generally helpful.

Above all, I gained an efficient relaxation tool available in times of stress. Linked to this, I believe, was an improvement in a couple of relationships that I had struggled with. Other good results that I attributed to the meditation practices included a general improvement in my sleep patterns. Within weeks, I was telling anybody who would listen about my new love.

Defying logical and empirical explanation, somehow operating just out of reach of the five senses, the meditations seemed to effortlessly wrap up my past and present feelings and emotions and go to work on making me feel better, saner, happier and healthier,.

My dreams became clearer, less frantic. I began writing creatively again, after two decades of banging out endless analysis of finance and energy trends. This period triggered an in-depth look at the world’s financial and money systems, and then my novel, ‘Out of Essex’. This featured Buddha in a team of super-heroes (Jesus, God, Satan and Gandhi) who pool their talents to rid the world of money.

I started walking, sometimes twice a day. Which in turn informed the writing, as well as increasing fitness, reducing weight and sharpening my outlook. On one walk I decided to re-engage with some very old friends from Southend-on-Sea, whom I had spurned for decades. Dreams further reinforced that idea. The subsequent joy of reconciliation was powerful. As old habits died, I experienced waves of optimism and sociability beyond previous norms.

At another level, I learned of a time and culture immensely different to ours. And I liked how the Buddhists nailed out their stance – life is meant to be hard, and challenging. Shit happens, so that you can learn. You will meet people who you have fucked and fought with before. They may be your parents, children, spouses and friends/enemies, but all are there to work out past karma.

Eventually, around one year later, I backed away, in the face of too many requests to give up my time for chanting and courses at the temple. I had commitments that would be compromised, and the taxman had me by the knackers, necessitating prudence.

I quit going, but still chanted. As time passed, I stopped the meditations completely. Maybe they will be revisited when there is more time. Quiet contemplation has become my substitute (Blog 121). 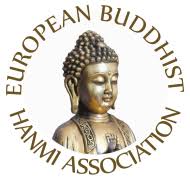