I like to make a small mention of the eight seasonal punctuation points in the pagan calendar.

Imbolc, the halfway point between winter solstice and spring equinox, can fall anywhere from February 1 to February 7. Known as St Brigid’s Day in Ireland. A Celtic festival to mark the stirrings of new life, and the beginning of the lambing season. I read that Imbolg is Old Irish for ‘in the belly’: a time when sheep began to lactate and the grass began to grow. The promise of hidden potential, of life-force stirring.

All of this stuff means more when you live out in the countryside. Especially the returning light. In mid-Essex, I am feeling better with each passing day. The winter has at times been an endurance test, a time to maximise sleep, relax, reflect and stay healthy.

Our lad, Rory, was ill last week. Horribly sore throat and fevers. Days spent in bed in his shared house in Cheltenham. So the poor bugger missed out on any 20th birthday celebrations on February 1st. It was also the first time that he has not been with us on this day.

His house mates brought him a cake. That was about it. So I was impressed that, instead of feeling sorry for himself, he managed to find nuggets of gold in the experience. Spending the best part of three days alone, he said, brought his first ever realisation that solitude has benefits in the form of freedom and thinking time. That’s my boy.

Here he is a year and a half ago. The first time that I perceived his saintly halo. All the more surprising as he was hugely hungover. 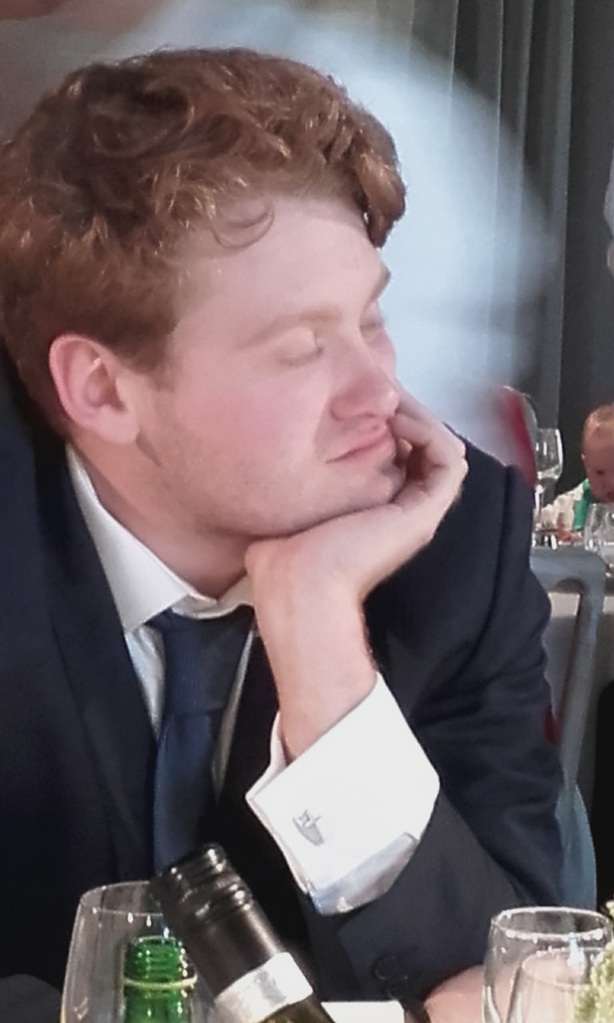 On a Saturday in early May 1998, Maureen and I drove down to Brighton, for an overnight stay. This time had been deliberately set aside, with my parents booked to look after Lauren and Josie. I needed to tell my wife something, in return for which she could also provide vital information that would help clear the marriage decks. Very intimate, private conversations.

On the Sunday, we had been on the road back to Essex for no more than half an hour when an urgent need to stop and vomit overcame her. Nine months later, Rory was born.

His birth was also poignantly memorable for Maureen for another reason. Her friend Christine Bull was riddled with cancer, and promised to hang onto her life until Rory was born. He came into the world at two minutes to midnight, and Christine slipped away at 5.30 the next morning.