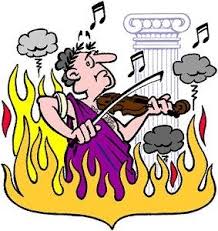 My very good and trusted friend Al Campbell messaged me last night, suggesting that the subject of Blog 190 could be a no-brainer after a week of soccer that will live long in the memory. He had a point.

Above all, the unparalleled achievement of four English clubs winning their semi-finals in the two major European tournaments, the Champions League and the Europa League, to provide two all-English finals.

The standout games were Liverpool vs Barcelona and Ajax vs Tottenham Hotspur. In both Champions League matches, the odds were that the English side would lose again, after defeat in the first leg. So to watch Liverpool win 4-0 on Tuesday against Lionel Messi’s team, reversing the 3-0 defeat in Spain, was incredible. The unremitting efforts and physical commitment of the Liverpool players, and the sheer noise of the Merseyside crowd, clearly unhinged Barcelona. 1-0 to Liverpool at half-time. In the second half, without three of their stars (Salah, Robertson and Firmino), Liverpool tapped into a blend of perspiration and self-belief to score three against a team that could arguably win a World Cup.

For my money though, the Spurs effort in Amsterdam on Wednesday eclipsed Liverpool. Tottenham were also without their star striker, Harry Kane, and his co-striker Son was out of form. Ajax’s youthful team pinged the ball around delightfully in the first half and took a two-goal lead, increasing their advantage over the two legs to 3-0 by half-time. At times they started to showboat their skills, which may have been an unwise tease.

Whatever the Spurs manager said at half-time, his team came out for the second half with a new attitude. ‘We can still do this. Let’s not go home without half-killing ourselves to try and salvage this.’

Without a home crowd behind them, Tottenham somehow started to win all of the 50:50 challenges they had been losing in the first half, and to retain possession. Lucas Moura nicked a delightful goal. I’m a lifelong Hammer, but was cheering on our arch-rivals due to the desire on display. Don’t think I have ever seen such a will to win in a Spurs team. Danny Rose was playing as if his life depended on it. Then Moura scored another in a goalmouth scramble.

Ajax had lost their composure, but time was running out. Still 3-2 overall to the home side. But another Spurs goal would win it, as goals scored away count double in the event of a tie over the two legs.

Tottenham defender Jan Verthonhen (wearing a plastic face mask to protect a damaged nose) then headed what looked like Spurs’ last chance against the crossbar. There were five minutes of extra time, and Tottenham kept going. In the last few seconds Moura latched onto a flick-on into the penalty box and steered the ball into the corner of the net. I shouted with joy, like a lifelong supporter.

What with Arsenal and Chelsea winning their Europa League semi-finals last night, and a spectacular goal by Manchester City captain Vincent Kompany on Monday to keep his team at the head of the Premiership, it’s fair to say that I have never known such a week of gripping soccer entertainment.

In truth though, it’s all a distraction. A welcome one, but still something to make the evenings pass.

It is just over a week since the demise of NewsBase was announced (Blog 188). The shock has gone, to be replaced by a sense of being financially adrift, heading for a metaphorical Niagara Falls. Were money no object, it would have been a perfect route to semi-retirement. In the real world, if the income (around £1300/month) is not replaced, all of the options are traumatic, and set my stomach spinning with anxiety.

Rather than dwell there, I have tried to focus on what can be done. Here in Great Waltham, I have placed a message on our local ‘Next Door’ e-mail service advertising my writing skills, for any purpose, professional or otherwise.

Meanwhile an Essex jobs agency has my details and is pinging me potential openings every morning. So far, mainly as a security guard – my brother Neil’s occupation! 60 hour weeks at £10 an hour, but travelling to London. That would wipe out the time required to carry on with my remaining jobs.

A London agency has my CV and has started sending through jobs for journalists, editors, proof-readers etc. For example, the Daily Express lacks a features writer at its Canary Wharf offices.

Of course I could apply. I would have to reverse all of my political views and loathing of commuting, and be prepared to write lies and slander. Better to be destitute? I really feel too old and jaded to re-engage in the cub reporter stuff, even for topics of journalistic interest. 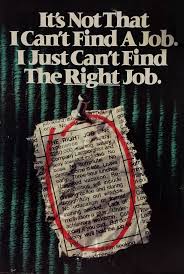 Out on the bike on Tuesday, on my standard 25-mile countryside course, a voice in my head recommended that I try a different route. Was that a metaphor for the work challenge? 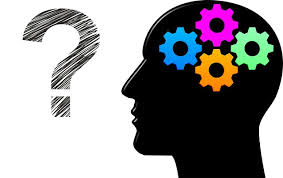 I have certainly wondered if proof-reading or copy writing might be a way to claw back the NewsBase earnings, after Maureen suggested those yesterday morning. She has often been able to look beyond my trees and see the wood.

In contemplating any new employment, one limitation, filter or maybe line not to be crossed is that I enjoy working remotely. I crave it. My hours to suit me. Pyjamas often the work clothes of choice. Cats littered around the room.

Garden to stroll around or sit in when boredom sets in. Bike to climb on, wife to chat to.  Music as background, perhaps via headphones.

And I adore the rural living situation. The growing appreciation of nature has changed my attitude to the business which I write about. The cows below graze on the rich grass at the country estate a few hundred yards away. I love standing quietly and watching them.

I am very disinclined to give up any of these central pleasures. Given the salient role of business in our planet’s fragility, I am also increasingly uncertain whether I could churn out too much more of the PR which constitutes most business writing. Unfortunately, I have become too good at this over the years.

This is all thinking aloud. The most attractive but tenuous idea of all came from old friend Shaun Wilson, who suggested that Rory and I might combine to write a new British gangster movie script.

My memories of my dad’s scrap metal business are there to be dipped into.  Rory’s interest in film dialogue and his insights from the Film Studies course down in Gloucestershire could be invaluable.

So it’s all up in the air. But I’m sleeping well.