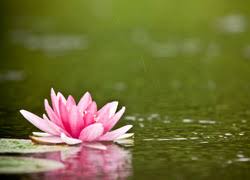 I was on the rim of a nervous breakdown in summer 1993, inches from falling down the crater. Seven years as a milkman had left me bored beyond tolerance. The job paid the mortgage and the bills, but the huge unused portion of my intelligence was screaming for stimulation, variation, catalysis.

Numbed, withdrawn, anxious, and with no idea of how I could move on, I told my friend Andy, who practiced acupuncture. He immediately recommended chanting the Lotus Sutra, promising that it would open the pathways I needed. Four simple words: Nam Myoho Rengi Kyo. Chant them repeatedly, Andy said.

I took his advice. On the bike, to and from the dairy each morning. 15 minutes of howling at the universe with all my inner strength to please, please bring the changes I needed. It was a plunge into the pure unknown, into zones where yogis might walk on hot coals, or monks levitate. I had no idea that it was a Buddhist chant, nor any pre-conceived idea of whether it could change anything, but I was fighting a storm, seeking any port. Christ did I howl, because there was nothing to lose.

In early November 1993, my old university pal and roommate Jon Marks offered me an apprenticeship in financial journalism. I bit off his hand in eagerness. Learned how to write for business publications; got to visit a bunch of places that would otherwise have stayed unknown; found myself able to turn freelance and earn a decent amount.

Did the chanting bring that about? Or had the Gods and fates already decided? Or was Jon simply looking out for me all along? No idea: I’m just so grateful that it happened.

Flipping on the calendar 18 years, to October 2011, I was crumbling again, after telling two guys that my friendship with them was at an end. It felt like I’d wrenched out some of my insides, but I was doing all the listening while Tony and Steve talked. It was juvenile, and I had to get away.

Maureen’s friend Jean recommended meditating with a Hanmi Buddhist group in Chelmsford that embraced healing as one of its core functions.

I’ve mentioned it in blogs before. But to repeat – wow! Within weeks, all sorts of new stuff was blossoming, in ways that seemed to defy the laws of science. Happiness, energy, enchantment, and a burgeoning desire to begin to know more of the ancient wisdoms. At the heart of it all was the repeated chanting of various mantras, combined with visualisation.

Eventually I moved away, to do my own thing, while carrying on the meditations and chanting. I re-engaged with a whole set of lost friends from Southend-on-Sea, which almost made me die of happiness. Then, when Maggie Thatcher passed away in April 2013, ‘Out of Essex’ began to pour out of me, unplanned and spontaneously. Set in Southend. Where else?

Did the Buddhist practice prise open that soaring Essex synchronicity? Who knows? 8 years on, my appreciation and gratitude for that time remains fully intact.

And now a new page is perhaps being turned. Two days ago, my friend Jenny Lynne got in touch to say that she was starting a networked meditation, based around a 10-minute chanting of the Lotus Sutra. Seeking to create peace, calm, care and compassion in the wider world, and wisdom and centredness in the group, which operates through small cells.

Jenny is a therapist, a Buddhist of 38 years and a good human being. In Great Dunmow, a small Essex town near Stansted Airport, she masterminds ‘Get Diggin It’, a community-based venture to grow food locally. Jenny talks to me every now and again about a range of subjects, including what might happen if a significant percentage of mainstream journalists decided to place truth and authenticity before income, and ceased spoon feeding nonsensical narratives to over-trusting populaces. She has also been the UK coordinator for the Ubuntu movement, founded in South Africa with a view to gradually eliminating money through self-sustaining community.

She has decided to act, not by the easy, lazy route of condemning the wider world but by pushing for a new and better direction.

I’ve taken part in two of the group meditations, yesterday and this morning. No miracles, but they felt good, with a palpable sense of connection. I’m happy to see what happens. Does positive thought affect DNA? Does human emotion change matter, and thus the wider world?

I’ve moaned before about the lack of concrescence in my life. How I crave membership of a group that revolves around fellowship and kindness. Maybe this is it.

If anyone wants to join in, you could do so quietly, or tell me, or go directly to Jenny. She speaks about her aims in a video released today, at https://www.youtube.com/watch?v=f7kdM1ku7r8&feature=youtu.be

It won’t be for everybody. For me, it’s fascinating.

Here is what I love, as an observer of patterns. Just hours after Jenny announced her group initiative, I was cycling into town, to get new tyres for my bike. On the way in, who should I see cycling the other way but Eleanor, the wife of ex-friend Tony. On the way back home, there she was again, passing me at around the journey’s mid-point.

After 63 years, it is possible to sort out signals from white noise. Seeing Eleanor was such an obvious sign. It made me think of allegories, or of Whitley Strieber seeing an owl. Something where the universe gives you a nudge, to say, ‘there you go, all’s well, we’ve got a new path for you’. 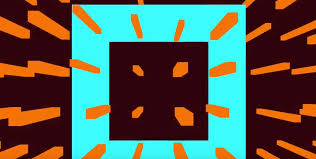