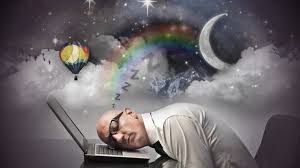 The synchronicity doesn’t let up.

In the early hours of the day in which Maureen and I watched the Hockney programme, this was my dream. Reproduced verbatim from Blog 30.

“My dream last night involved an apprenticeship to a gay, very tall, very old artist, who looked quite like Gandalf. He had painted for decades, and encouraged me to use oils. Eventually I came up with an effulgently glowing green tree, framed by a sky of dried white paints, obviously applied in layers.”

In some of the Yorkshire work Hockney eulogises the white hawthorn, which was available to paint only for the brief 4-day window in which it flourishes. Couldn’t find out if he was ever tall. Maureen’s impression is that he may have been.

So……a dream telling me what I would watch in the near future……and, maybe, simultaneously catapulting me back to a spring 2014 walk with the observer of layers, Al Campbell.

Al met me at Canary Wharf and suggested that we stroll to Limehouse. Neither of us knew that the Grapes pub, where we stopped to check the food prices, belonged to the actor who played Gandalf. I had no idea that two archetypal magicians – the 12 feet tall Jesus and Buddha – with their pal Gandhi would stop here in my novel. They offer a homeless man a gold bar biscuit wrapped in ‘shiny paper’. Effulgence?

All I can say is that everything feels the exact opposite of something Lauren said as a child. She was attempting something, struggling with it, and concluded that “it doesn’t want me to do it”.

Whatever ‘it’ might be, my intuition is that ‘it’ has my back. As long as the blog is prioritised, and the writing is truthful.

Just a fragment remains of last night’s dream. The old England and West Ham skipper Bobby Moore was struggling for survival in a crowd. Unrecognised, in danger of being squeezed into insignificance, maybe even death. Imagine somebody scrambling to get off the Titanic, with not enough lifeboats.